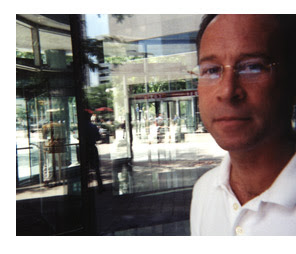 One man’s religion is another man’s cult. In America you have a right to join whatever floats your spiritual boat. This only becomes a problem when families are desperate to remove their kin from the groups they’ve joined. For that job there is convicted bombing extortionist and former resident of the Arizona State Prison’s Finishing School. His name is Richard “Rick” Ross. Ross learned that families will pay handsomely for anyone willing to kidnap and “deprogram” those wayward fugitive loved ones. Deprograming became Ross’s vocation and post prison career.

Ross also has made himself a media "expert pundit" on cults and such. The news media organizations unknowingly hire the fallen extortionist who does not like to disclose his past.

Ross has a website where he finally disclosed but really downplays his outrageous crime that would make a solid script for a really bad made for TV movie. Ross’ crime involved contacting the old, Broadway Southwest Department store in the Phoenix Biltmore Fashion Mall with a particularly nasty threat.

Ross and his group were going to explode a planted bomb inside the store killing everyone unless they took their all the jewelry and cash and deposited it in a certain location. For Ross that crime did not pay as he and another man were caught and sent to the Big House. As they do for all first time Arizona convicts that complete parole, Ross’ civil rights were restored. Of course Ross still cannot own a firearm.

Some interesting facts were ignored by the press about the Waco Texes Holocaust at the Mt. Carmel Church involving the Branch Davidians. Ross was trying to extract a member of that group on behalf of a family. Ross got a brainstorm after he learned that some members there had firearms. Ross arranged to transmit phony information claiming the church members had an unregistered and therefore illegal .50 caliber machinegun to the BATF. Ross hoped that the BATF would raid the church, and he could extract his prey during the confusion. We all know what happened at Waco and they never found that .50 caliber machinegun.

Now we have that San Angelo, TX case of a supposed 16 year-old girl with a cell phone that contained a Nashville TN prefix, calling for help claiming rape, beating and kidnapping. Added to the girl’s sory was the name of a real convicted Arizona sex offender, Dale Barlow. Somehow I suspect Mr. Barlow’s name and history was used to simply cause law enforcement authorities to get a search warrant. I would be surprised to find out Barlow ever lived at the San Angelo polygamist church. I smell a replay of the Waco stunt being used in this case. That M.O. is so familiar as we all know Ross is good with a telephone.

This stunt did the trick here as the cops predictably raided. How could I foresee that Barlow or the girl who I suspect never existed were not located inside the Polygamist church and community?

I’m not going to enter the debate of whether the polygamists are right or wrong. I don’t really care. There can be no debate that they have the same Bill of Rights protecting them against bogus search warrants. They also have a right to pray to whomever they like.

Somehow I predict that Ross will surface here as a witness or media expert. Time will tell if Ross orchestrated this raid like he did in Waco.
Posted by Paul Huebl Crimefile News at 4/10/2008 10:26:00 PM

I live in Texas. Rick Ross Institute is attacking me personally because I refused to join their campaign against a small christian group. They also have been attacking a homeless shelter in Dallas run by Ole Anthony and when I saw the hate the specific RRI associate poste against him, after receiving personal intimidation (including an obituary of a murder victim, because I refused to discuss a relative with RRI) I contacted that office and recived a full report of how the RRI associate was looking in windows and following people. He has posted repeatedly that he wants to see a certain street preacher "taken out", and RRI has even posted "incinerated" as a desired fate for that person.

He is openly attacking individuals, not groups. RRI's policy now is to attack authors of religious books and people who read them or are seen talking to the booksellers. He's doing this to the author of "Survivors", a self-publiched answer to the LaHaye books by Dave McKay.

He is obsessed and appears to be trying to set up another Waco. Look at the 470-page hatefest under "cults, sects, new religious movements" and also notice that there is another thread in "recovering from..." about "Trumpeters" that features a Dallas "Therapy" couple who are farming RRI for clients, and one of their star clients is leading the stalker team that has been attacking me among other people. I have been fighting back thorugh Youtube videos but it is hard because of Ross's professional predators who threaten internet providers.

RRI is nothing but a glorified extortion ring and even worse, the psycopathic predatory hatred is out in the open, attracting whole teams of people who feed off that energy, like a lynch mob that gets out of control and grows to include a crowd after a small number of vulnerable people first join.