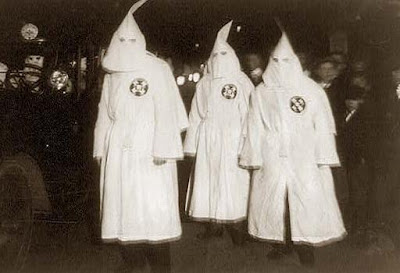 It’s no secret that Barack Obama loathes the Second Amendment and supports a total ban or firearms for Americans. It’s also quite evident that he and his wife sympathize, socialize and worship with anti-American and anti-White bigots.

The gun control issue places Obama on the side of the Ku Klux Klan that supported the first gun control laws in America. Those laws barred Blacks from owning guns through subjective permit schemes that favored White folks. Allowing Blacks to protect themselves was and is counterproductive to Obama and the Klan’s goals. Obama is the ultimate, “Uncle Tom”.

You can argue that the Klan is gone but it has been replaced by armed criminal aliens and minority membership street gangs that are killing Blacks today like never before. This is happening in the Gun Free Zones of places like Chicago, New York and Los Angeles. Law-abiding Black Americans are victimized at a much higher rate than any other ethnic group.

Anyone who believes that Hillary Clinton has turned into a gun rights tolerant, moderate is living in a fantasy world for sure. Clinton was lock-step with Sarah Brady and Rosie O’Donnell who want to guarantee only the government and criminals have firearms.

Obama certainly knows how to alienate and divide Americans as well as the Clintons have done. Obama wants to deprive Americans of their basic rights to protect their families under a Constitutional right that too many Left Wing extremists want to destroy.
Posted by Paul Huebl Crimefile News at 4/13/2008 02:22:00 PM