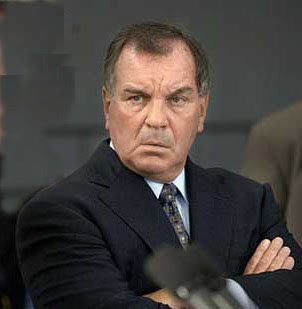 Mayor Daley has called his usual entourage of reverends, political allies, high ranking police officials and City Boss Ed Burke to gather round and come up with new ideas to deal with the recent tidal wave of bloodshed on the city streets. New ideas will never come out of that group in a million years.

Daley has destroyed the morale of the Chicago Police Department by completely sidestepping civil service laws and the carefully crafted civil service tests for promotion. The tests predict the success of those passing the examinations by requiring that they know their duties and procedures well enough to supervise others. Now promotions are based on political clout and sexual favors. The police have been badly demoralized beyond repair and have little incentive to risk life and limb for anyone these days.

Daley and his cronies have forced the law-abiding citizens to surrender their only meaningful self-defense tools with un-constitutional and un-American gun laws. Daley needs a new approach to this horrible culture of violence and cowardly killings.

Daley needs to open his mind to people like author and statistician John Lott who has studied gun control’s counter-productive results to controlling violence. Daley did everything he possibly could to force Professor Lott to leave the University of Chicago because Lott told the truth.

Letting citizens protect themselves will level the playing field by making assault, robbery, extortion and murder dangerous for criminals. Daley needs to face the music that he has been dead wrong about his personal and deep seated theories of crime control.

Mr. Mayor, gun control only works against the law-abiding that obey those and other laws. You need these people to help police. Who wants to come forward and provide information if they can’t protect themselves from armed thugs? Crime fighting has to be a partnership and your most important partners are hiding under their beds.
Posted by Paul Huebl Crimefile News at 4/25/2008 01:35:00 AM