Let’s Tell The Truth About Race and Chicago Crime 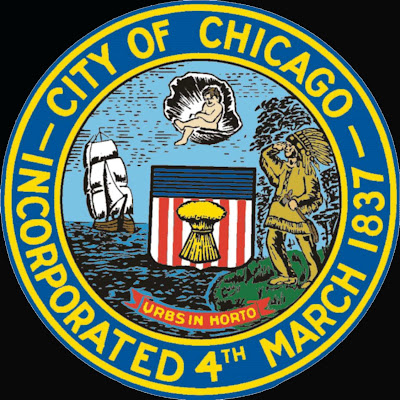 You won’t Read this in Chicago newspapers or see it on any television news report. Political correctness has dictated a massive cover-up of race’s effects on crime long ago.

Chicago has been awash in blood from record shootings and killings during the last several days. Who is doing this and why?

City officials will always blame guns for the violence and of course street gangs. That’s so simplistic and somewhat misleading.

The answer is that a significant segment of Illinois’ African-Americans sadly have a solid culture of crime and violence. Life is cheap, fast and short for this sector of society.

You can argue and try to mitigate this with claims of discrimination, inadequate resources or plain and simple poverty. The fact is we have what we have and it’s very ugly. Black on Black crime and then Black on White crime is the deadly Chicago plague.

Caught in the middle of this mess are the hard working and law-abiding Afro-Americans that are not a part of the violence culture. They desperately need meaningful ways to defend themselves and families from the crime culture where they live.

The cops cannot provide any real protection for these respectable people. Self-help is all they have to fight gangs, extortion, threats and worse. The Mayor and City Council of Chicago have taken away their rights, and in too many cases, their very lives by banning the possession and carrying of firearms for basic self-protection. Cowardly criminals are protected from any harm by their victims using self-defense.

Onerous and draconian gun laws impact the safety and lives of peaceable African-Americans more than any other group. Government holds these people down while criminals have their way with them. This is as bad as discrimination ever gets. Law-abiding citizens everywhere deserve better.
Posted by Paul Huebl Crimefile News at 4/23/2008 09:50:00 PM

It's about time someone finally says it like it is. A culture that sees nothing wrong with a 70% illegitimate birth rate, and an obvious lack of a strong, hard working father figure in the home only leads to kids growing up without guidance or limits of any kind. The result is what we are seeing the last few weeks in Chicago, and it's not going to change any time soon until the basic family unit is brought back to the forefront. This will take at least a generation if progress started today. Unfortunately this won't happen, because when Bill Cosby speaks to black leaders and tells them the same thing, they get offended and call him a "cracker". These people are in denial, and we will all suffer for it.

Strip Burke and Daley's body guard details. They probably make up a good part of a districts manpower needs. Tell them to bring their HKs to the streets. Daley is a buffoon.