International Extradition And The Death Penalty 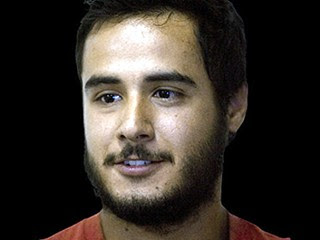 Fugitive Marine Cpl. Cesar Laurean was bagged by Mexican cops in San Juan De La Vina, Mexico. Laureau was on the lam after being accused first of rape and then later killing the very pregnant, Marine Lance Cpl. Maria Lauterbach, 20. Police believe the killing was an ill-fated attempt to silence Lauterbach’s testimony against Laurean.

There is a simple lesson for all people on the run from a capital offense in the United States. International extradition has a price in most of the civilized world. That price is there will be no extraditions without a guarantee that the death penalty wont be sought or imposed on the accused.

Most convicted killers don’t live to see a prison death chamber because of the decades long chain of appeals involved in these cases. However spending time on Death Row is really hard time compared to even super maximum state prison general population housing units.

Touching foreign soil did much more than save Laurean’s life. Even if he serves a maximum term he will have his custody status reviewed and reduced with good behavior. That would never happen if he was under a death sentence.

I won’t comment on just what Laurean deserves more than a fair trial and conviction only after guilt is proven beyond a reasonable doubt. Laurean has already been convicted by blood thirsty television and blog offerings in their usual rush to judgment.

Spending most or all of your useful life in prison has to be pure Hell with the crappy food, an end to hetro-sexual relations, and any form privacy. Being subjected to victimization at the hands of career criminals with nothing to lose does not enhance the quality of life. Life in prison may be much worse than death.

I hate the death penalty because it gives government the ability to kill its own citizens. Sooner or later that power gets out-of-control as we have seen in Europe, Asia and the Middle East in recent history. Can we trust the politicians we were never that fond of not to abuse their power?
Posted by Paul Huebl Crimefile News at 4/12/2008 06:46:00 AM