If You Loathe Commercial Air Travel, You’re Not Alone… 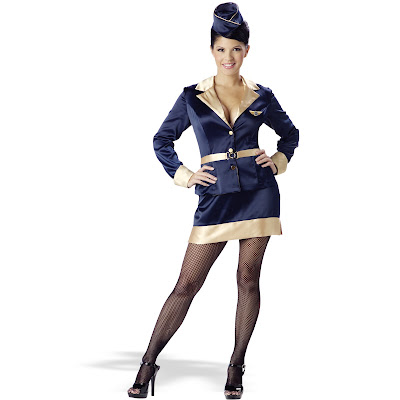 Air carriers are falling over each other on their way to our nation’s bankruptcy courts.

I think the reasons are obvious. Today air passengers are first assaulted by the TSA gauntlet that emulates the military checkpoints manned by Nazi or Communist countries. I say assault because we’ve fought wars to prevent what we now allow our own government to do to us.

Most Americans were not yet born when air travel was a pleasant adventure. There was no frisking of passengers and no identification was required to fly. The service was wonderful, as the beautiful young and well paid women flight attendants treated passengers like they were special. I used to go out of my way to fly rather than drive.

Today unhappy passengers suffer the privacy invasion and other indignities at the hands of all powerful TSA workers. We are forced to play a sick game of Simon Sez with the hard corps unemployed placed in the TSA jobs program.

Later the passengers are face to face with low paid airline employees who now have to cope with those traumatized by the TSA. The mood is far less than it should be and can be. We find ourselves in an environment where nearly all courtesies and smiles are faked.

Next the specter of airline horror stories of being trapped in a plane on the tarmac with overflowing toilets, no food, lost luggage and more TSA misadventures like when they re-screen an entire airport full of passengers.

Today I find any excuse not to fly and drive whenever possible. The airlines respond to me and my fellow passengers by lowering prices and cutting more corners on already, really bad service. They just don’t get it.

I’d train and arm every pilot and many flight crew members. I would also invite all trained and sworn law enforcement officers to fly armed at half-price air fare or better.

We’ve traded away our freedom and liberty in order to obtain security and as Benjamin Franklin warned we now have neither. Today I’d much rather see the TSA and their trashing of the Fourth Amendment ended for good. I will take my chances with terrorists any day.
Posted by Paul Huebl Crimefile News at 4/07/2008 09:56:00 PM

Paul,
As a airline pilot for one of our nation's largest airlines I can tell you that sadly our nation's airlines have gone to the bad. Aviation is indeed safer than it has ever been thanks to the dedicated men and women who fly, maintain, air traffic and control, and those that support them. The business end of airline travel has become a product of human greed and corporate corruption. Those that are running the airlines care less about the product or it's customes. Only to the point of selling tickets. The companies are being run by the bean counters and all they care about it the bottom line and what will put more money into the top managers and share holder's pockets. We've seen management after management run through each airline and personally take what they can get out of it. They leave with their multi-million dollar bonuses and a company that's in worse shape. Customers pay the price in service as the companies are run on the least budget possible. It's all about what's the cheapest way to perate. The employees pay the price in the fact that they subsidise ticket prices and manager's and stock holder's income. The airlines are not being run operationally. They are being run to pay the most dividend to a shareholder. I could rant on and one but this is the core reason airline travel is so poor in this country. When you can fly there cheaper than you can drive your car, there something very wrong.

I travel weekly and have to run the TSA gauntlet two to three times a week. It is getting very old and has always been tedious. So many of the things required of travelers do nothing to improve safety, but simply serve as some sort face-saving step after being embarassed by would-be terrorists bringing such items onboard. Putting a single item of liquid/gel/location of less than 3.4ounces into a quart ziplock bag, removing shoes that don't trigger the magnetometer, all of these things are in place because the TSA was embarrassed, not because of continuing threats. Simply adding to the list of items that TSA employees must look for increases the chances that something is going to get missed as often happens with real knives, etc.

To your point of arming pilots and flight attendants and allowing LEOs to carry onboard, that's a great place to start. I would rather have some sort of vetting process whereby frequent fliers would become functionally certified (much more stringently than concealed-carry) at a very level by the currently inept Air Marshal Service. This precludes the need to pay Air Marshalls as you'd have volunteers lining up to take the approved courses to obtain certification to carry a loaded weapon aboard a commercial airliner throughout the U.S.

Flying in the USA is scarier than riding a bus or hitchhiking.

Japan, the UK and France have excellent and efficient airport security, but it's also obvious that they don't hire from the bottom 5% of the workforce. In my opinion, the TSA is a "welfare to work" program..... They have some of the dumbest human beings alive working for them - from the top (Kip Hawley) to the bottom.

The last time I returned home from my small home town, I was going through security and realized one of the security screeners was my high school class idiot. He's a nice fellow, but truly dumber than a bag of rocks. When I worked with him as a grocery bagger at a local grocery store, the manager commented that he "couldn't find his way out of a wet paper bag".

I've also watched TSA Xray operators standing around talking about how worthless their babydaddys are, how much they partied the last weekend, and other bullsnort while ignoring the screen. I'm sure I'm not the only one who has witness such a debacle. I'm sure if I'd said anything to a supervisor I would've been hauled off in shackles for harassing such a critical government employee.

I avoid flying at all costs, and new technology such as GPS and Satellite Radio make road trips a pleasure compared to the miserable experiences I've had with airlines and airports.