A Giant Has Died… 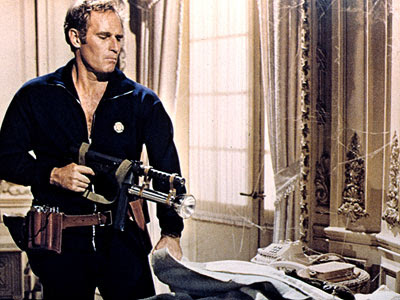 A true American, an actor and the Omega Man of our time, Charlton Heston has passed away today, he was 84 years-old. Heston was elected President of the National Rifle Association in 1998 and served for several two year terms. Heston stepped down when he was diagnosed with Alzheimer’s disease.

According to a family spokesman Heston died in his Beverly Hills home.
Here is my favorite line Heston ever delivered

Yes, RIP to a great American, and one of our great actors.

He's been a political hero of mine since he stood up to that liberal asner who was sending money to the commies in central America.

When Actors were real men. Not todays meterosexuals

Rest in Peace, You will be missed