Felons Recruited For Our Military, An incredibly Dangerous Trend. 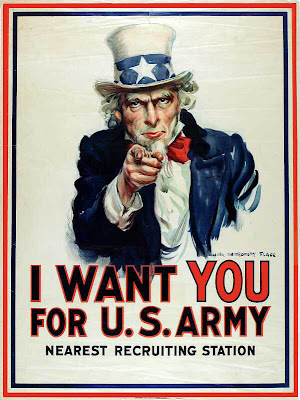 Our military has opened the enlistment door to sex offenders, burglars and even killers. This is dangerous. I’m not talking about juvenile crimes but infamous and despicable crimes

Felons don’t belong in our armed services. Our military provides training for use of every type of weapon including improvised explosives. Convicted felons caught with weapons are normally subject to ten year prison sentences.

Is it an incentive for law-abiding young Americans to serve their country when they learn they'll be forced to shower and share barracks with common criminals? In the military your very life depends on your fellow soldiers. I don’t want anyone’s life placed in the hands of thieves, drug offenders and burglars.

Are we sending our impressionable young people to our armed services to be influenced by convicted felons? Someone please tell me how this could be good public policy?
Posted by Paul Huebl Crimefile News at 4/21/2008 10:24:00 AM