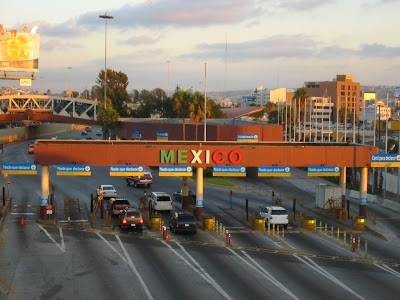 The same country that shamelessly exports their violence, drugs and poverty to America is now loudly whining. Mexico’s corrupt and vile government is blaming our freedom and liberty for their violent drug war problems.

They demand we do more to curtail smuggling of firearms to Mexico while they do nothing at all to curtail the smuggling of illegal immigrants, drugs and fugitives into our country.

It seems that a fence dividing our nations with 100% security cooperation between both our countries is the ultimate solution to everyone’s problem. Mexico’s criminals wouldn’t be able to smuggle anything in or out of the United States or back into Mexico.

Our own Bureau of Alcohol, Tobacco, Firearms and Explosives has chimed in with their own self-serving ideas for Mexico’s problems with gun violence. The BATFE solution is a blank check from our taxpayers to uncontrollably increase their powers, assets and manpower like every government agency that ever existed. The BATFE has wasted far too many tax dollars on their unconstitutional mission anyway.

The usual knee-jerk solution offered for every problem is to trash American’s rights to defend themselves, families and country.

America’s freedom is not the cause of Mexico’s violence problems. Mexico corrupt politicians have made sure only criminals have weapons long ago. The result of Mexico’s gun control is that their criminals easily dominate the entire country.

Another real and incredibly simple solution is for both countries to just get out of the drug enforcement business. Of course that would forever cut off the corruption Gravy Train for both of our nations. Peace and prosperity would return as the drug dealers, Lords and Czars all have to suddenly look for a career change.

All the laws in the world have not made a dent into drug abuse. Perhaps we can redirect some of the wasted enforcement money to the medical treatment of those addicted souls that really want it.
Posted by Paul Huebl Crimefile News at 4/22/2008 01:52:00 PM

The majority of illegal gun's used by drug dealers in Mexico are Obregon's and AK's. The ammo and Ak's are being distributed from Colombia. The Obregon's are manufactured in Mexico. Former surveillance pilot