Will The Supreme Court Protect Freedom and Liberty? 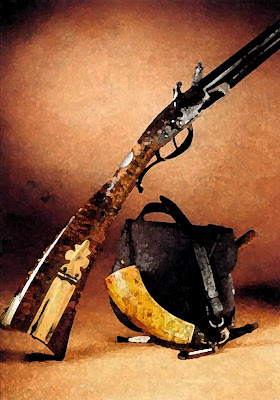 When the case for and against the District of Columbia gun ban is argued before our Supreme Court tomorrow, gun owners and gun hating zealots will be on pins and needles. It’s not so much about what the intent of our founding fathers may have been anymore.

The trend in America has long been to take rights from Americans rather than protecting and defending their liberty. The Drug War, terrorism fears and drunken driving enforcement have totally gutted the Fourth Amendment against unreasonable search and seizures.

Numerous recent changes to the way we hold criminal trials have terminally damaged American’s Fifth Amendment Due Process rights. America today incarcerates more of our own citizens than any other country including Red China.

But for abortion and pro-pornography rulings our courts at every level have destroyed any hope of returning to the days when there was respect for freedom, liberty and privacy. Roadblocks and checkpoints for frisking citizens was the kind of thing millions of Americans shed blood to prevent. Now this kind of "security" is here rather than only a part of the most horrible and repressive governments on earth. Repressive government aided by unlimited taxpayer funding and technology’s lightening speed expansion can only bring doom to the way of life we once had.

That Unabom, mad genius, Theodore John "Ted" Kaczynski was so concerned about the government’s misuse of technology he conducted a futile decades long deadly bombing campaign in an effort to stop it. Was Kaczynski all that crazy or just really smart?

The narrowest possible Congressional vote brought us the now expired, so called Assault Weapons Ban. That and the Clinton/Reno Administration's Waco Massacre spawned the Oklahoma Bombing by Timothy McVeigh. Had there been no federal gun ban and the slaughter of so many innocent children by Bill Clinton and Janet Reno’s murderous orders, McVeigh would have never retaliated.

The Waco assault was nothing more than a gross violation of the Posse Comitatus Act when the Clinton Administration sent military troops, tanks and helicopters to attack the people inside the Mt. Carmel Church. These folks were murdered because they simply refused to leave their church building and surrender their rightfully possessed firearms to an out-of-control government.

If the United States Supreme Court Rules against American’s rights to keep and bear arms this country can’t last long. Freedom loving Americans will lose their love and allegiance to just another rogue government and loyalty to the American dream will end. All the soldiers we sent to fight and die over the last 230 years did it for naught.
Posted by Paul Huebl Crimefile News at 3/17/2008 04:24:00 PM

Paul, you are a bright light in this ignorant world. We can only hope the court sides with the we the people. The idea that governmet somehow needs a right to keep and bear arms is absurd.