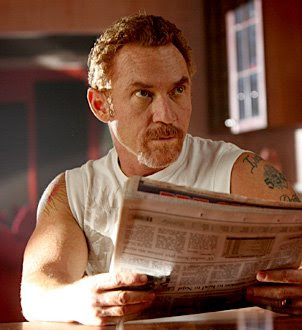 I can’t think of a more qualified person to host this show than former child star, DJ, adult actor and now show host Danny Bonaduce. As a kid he seemed to have it all at least while in public view. The kid made us laugh and sometimes we wanted to smack his wisecracking character. We only wanted to smack him because he was doing his job really well. It turned out the kid was smacked around way too much for far too long.

After The Partridge Family, Bonaduce went on to do an episode of Joseph Whambaugh’s Police Story. He was great as a Joey, a confused lad with an empty gun. Bonaduce got work later doing occasional similar guest spots on other shows and then it all slowed down to a trickle.

Not really trained to do anything more than be an actor/performer times were hard. Bonaduce’s money was not well managed and hard times visited this fellow while he was still young. There was never anything wrong with Bonaduce’s acting. He was always a pro.

We all know the hardships Bonaduce had and his brushes with the law. When you’re famous you become a huge target for cops and prosecutors who get their own moment of fame for overly aggressive efforts to run any celebrity through the criminal justice system.

I worked Bonaduce’s defense investigation when a career liar, thief, and transvestite prostitute falsely accused him of felony aggravated assault and robbery. The tabloids had a field day trying to destroy bonaduce.

During my investigation I found a young woman who told me Bonaduce’s accuser savagely attacked her in woman’s restroom breaking numerous bones in her face. The day before the incident with Bonaduce the accuser had lied under oath on an application to obtaine a fraudulent New Mexico driver’s license. The accuser’s Arizona driver’s license had been revoked for repeated DUI convictions in Phoenix.

Bonaduce was allowed to plead out to lesser charges and get probation after the accuser’s credibility was gutted. Phoenix lawyer Richard Gierloff and I worked tirelessly to get Bonaduce a fair day in court. As things happen so often in Hollywood Bonaduce’s second celebrity career got a big publicity boost from that transvestite hooker, Darius Lee Barney.

Bonaduce had horrific problems most of his life. Adjusting to his marriage, normal society and professional demands were huge obstacles. I’m convinced he was a victim of Post Traumatic Stress Syndrome. I quickly learned that Bonaduce would do anything to help any of the other emotionally wounded former child stars.

One thing for sure Bonaduce will give the children and parents on this reality TV show some valuable insight. There’s no question that Danny Bonaduce can see himself in every one of the children’s eyes on his new show.