The Overdue End Of Osama-Bama 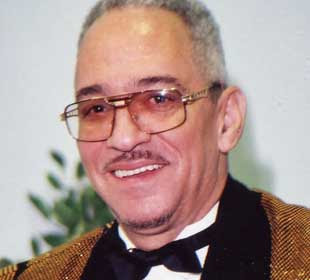 For a long time our young, inexperienced and smiling presidential candidate has been keeping a secret. Obama belongs to, supports and worships in a church that preaches hate and has aligned itself with America’s enemies in the Muslim world.

We’ve all seen the quotes caught on tape of Obama’s church leader, spiritual advisor and Pastor, Rev. Jeremiah Wright spewing religious hate. Some of the gems quoted are, “African-Americans should not say "God Bless America," but rather "God damn America" for "killing innocent people"? Then there is that little zinger, “ 9/11 was a case of "America's chickens coming home to roost."

Wright’s anti-White and anti-Jewish hate was never a secret to any of his parishioners including our would be President Barack Obama. Barack Obama prays to a deviant false God of hate.

Of course ever since the information was exposed, our Commander in Chief contender wants to distance himself to the message of hate and that he was an important contributor. This was no different than former KKK Wizard David Duke telling America he became a moderate and should be our President.
Posted by Paul Huebl Crimefile News at 3/16/2008 08:40:00 AM

Why are you insulting My HERO Barack Hussein Obama son or Roseanne Rosana Dana and Bill Dana?. He KNOWS that it was the Israeli Government and the American Jews that brought Down the Towers with the Help of the Bush Administration in order to smear the goodness and peacefullness of our Muslim Brothers and they also did it to hide the fact that Man never landed on the moon,Galileo WAS guilty,the earth IS flast and that Mohammed is the Only true Prophet!.

Once Osbama and future running mate Louis Farakhan get elected we'll issue fatwas on individuals like yourself who abuse Muslim freedom of speech!.

I wouldnt count him out, Paul. Young America still luvs this guy.
It'll all comes down to numbers...

The muslim is out! He's NOT my choice for president. I'd even take hilary the bitch or mc cain the old timer instead of a muslim.. he hates our white faces and don't you think otherwise! so not to worry, there is more to come out about this osama bum - "he's running dirty" - to coin the phrase used by his mentor pastor american hated..when referring to hilary and bill clinton and monica. not to worry about the dumb ass young kids, first off they don't vote cause they mostly smoke weed and forget the time of the polls & they just like to party at his rallys - getting all the "free stuff" that oprah supplies the jerks who attend. American WOKE UP IN TIME! This guy is a PHONY and not to be trusted with the top clearence secrets of our USA.. I mean why risk now? We are at war with these people! John Hero Mc Cain is an AMERICAN who had paid his dues and then some.. The Careful & Good American here. PS Oprah can't buy true Americans. Malolm, Louis, Osama, Obame - you are all exposed..

They say that it is RACIST to call Barack HUSSEIN Obama by his real name.

They say that it is RACIST to question his religious beliefs.

They say that it is RACIST to question Jeremiah Wright's RACIST ministry. Sadly,but true,this filth WAS ONCE a US Marine. Semper Fidelis!!!

They say that Obama is the second African American Black man to run for the US Presidency.

I am Caucasian and PROUD!!!

I voted for an African American for President(2nd) before and would proudly support a TRUE CONSERVATIVE AFRICAN AMERICAN again. His name was Dr. Alan Keyes,he was ignored and condemned as a LUNATIC by the LEFT and by Afican Americans. He ran unsuccesfully in Illinois for the US Senate but he did receive my vote. AM I A RACIST???

NO,I am not a RACIST

BUT,you are a RACIST LIBERAL MARXIST WHORE if you support OBAMA!!!

GOD BLESS AMERICA AND HER PROTECTORS!!!

He has apparently lost his golden wand. Now "WE" have a hard road ahead and "YOU" must work hard.

The word smart must now be redefined in America. How could we elect a person who is lost without speech writers and a teleprompter? He has lead nothing and run nothing. Untested and as green as they come he is now the most powerful man in the world...