Do We Really Have A Right To Keep And Bear Arms? 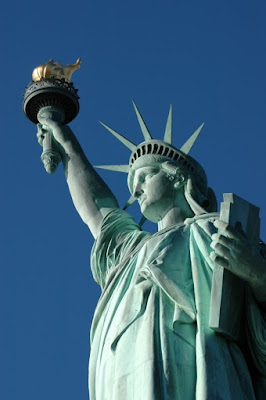 We are about to find out when the United States Supreme Court rules on D.C. vs. Heller before the court's summer recess in June 2008. That of course is the case involving the 32 year-old handgun ban in the District of Columbia.

I really can’t see the court deciding that we have partial or restricted right to keep and bear arms. I see an all or nothing answer. You really can’t regulate or tax a right like you can with drivers and their automobiles. Driving and owning vehicles is not a right but a privilege.

Take free speech. There are no word bans or prior restraint on the use of words. Things like threats, extortion, libel and slander are all actionable once words are misused and people are victimized. Simple common sense dictates that the keeping and bearing of arms is the same. The misuse of firearms is what is and should be regulated and made actionable through law not the possession or carrying of them.

1. There could be no tax or fee for permits or registrations.
2. No person could be forced to take or pass a test in order to enjoy the right.
3. No waiting periods to obtain firearms could be enforced.
4. There could be no rationing programs like the one gun a month idea.
5. Any American other than felons or mental defectives could buy a firearm in any state.
6. The carrying of firearms outside of prisons could not be prevented.
7. Most or all of the 1934 National Firearms Act would be invalid.

Gun registration laws could still stand despite two Supreme Court opinions that made it clear that felons and others barred from owning firearms cannot be prosecuted for failure to register because registration in and of itself would force these people to incriminate themselves on the registration applications in violation of their Fifth Amendment rights. Gun registration bureaucracies have nothing to offer taxpayers except a huge tax burden for these programs that have no value.

Will our Supreme Court protect or destroy our Second Amendment? Whatever the court decides it will be final, but for amending the Constitution.
Posted by Paul Huebl Crimefile News at 3/05/2008 09:34:00 PM

If NFA dies, a lot of people are going to lose a lot of money...

Driving a car is a privilege, owning one isn't.

Vermont has it the best....there are no laws prohibiting the carrying of a firearm, concealed or openly. Nor is any permit or other litmus test required. Just be a law abiding citizen.

That's what the 2nd amendment means, although it's been watered down by asshats who don't know shit. The Sullivan Act in New York started out as a simple permit that was easy to get, and today it's one of the most draconian laws around

I want to see the gun grabbers screaming when the court rules properly.

I believe that I have a right to to Bear arms. I have always liked the Bear arms 45 cal. auto, much more than the Kimber. It's smoother too!

Morton A. Lieberman
Instructor of the talamuid
Yasha Hifatz University

I fear for the Republic,Paul. Just the lack of responses to your posts, especially your 2nd amend.
posts scares me.
I saw daley on the news yesterday;
he had one of his antigun tirades
and said "why cant we keep guns out of everyone's hands in America"
Im already having nightmares of warrantless searches by clouted cops of houses for guns........