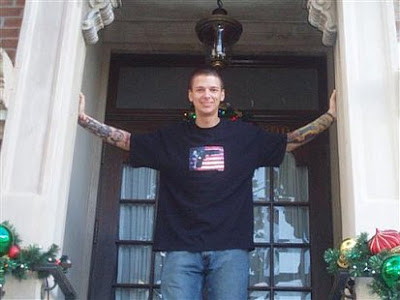 The NIU gunman was well known by government authorities. He was confined to a Chicago mental institution for a year after refusing to take anti-psychotic medicine was unruly and engaged in strange behavior such as cutting himself. He later joined the Army but was tossed out after basic training for psychiatric reasons. The gunman was off his required medication and his rocker for two years prior to the shooting.

In order to buy the four firearms in Illinois, Steven Kazmierczak had to lie on four separate #4473 Firearm Transaction Forms, and his Illinois Firearms Owners Identification Application. That FOID process takes months to complete. Once the FIOD was received Kazmierczak could not take delivery until he had endured the mandated waiting periods for the guns he had already purchased.

At the point of purchase and well before delivery of the firearm both the state and federal governments have a part in conducting another background investigation to determine if there were disqualifying factors that would prevent the transaction. Since there were four purchases the process was repeated four times and government still approved the applications. You can see what paperwork this killer had to fill out and knowingly make false ststement on below:

Sure he was a whack job - you've only to look at all the tatoos on his arms and body - what the hell did they think he was drawing and ran out of paper? The guy was a pimple head waiting to explode his puss! Now 5 kids are dead.. And look how easy it was for him to become a gun owner? The Old Copper

This guy circumvented at least five gun laws in committing this crime: truthful completion of the 4473, the Illinois FOID law, the Illinois waiting period, the background check and violation of the gun free zone at the NIU campus. Why would anyone think one more (or 20 more) laws would keep it from happening again??

Hey Paul, maybe you can use your investigative skills to find out where this nut got all his money from. Think about it: mental hospital,rent for his apartment, four year degree from NIU, prescription drugs, presently enrolled in a Master's Degree program and five weapons and ammo not to mention how was he paying for his hotel room in Dekalb while waiting to gun the students down. Be interesting to see where this nut got his money from sure hope it wasn't in the form of SSI disability for being mentally disabled. How ironic if the government was paying for this nut while he illegally had an Illinois FOID and illegaly filled out several 4473 forms to buy his guns. Another fine example of useless Gun Control laws at work but already here in Illinois there is talk of more gun laws. Illinois will probably end up being the first state to ban all firearms and ammo. Check into his finances Paul I'd be willing to bet this jerk was getting free health care, prescriptions and his monthly check from the government.

Why would he need any money, he could have paid for the firearms, ammo, hotel room, gear, etc. on a credit card he had no real intention of ever paying off.