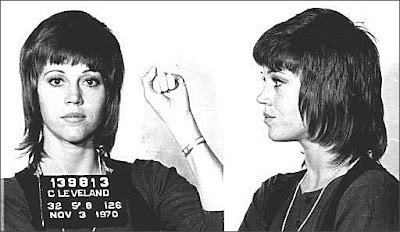 I’m not going to defend that Communist Traitor Bitch but it’s time to re-think the FCC broadcast word ban. Fonda used the dreaded “C” word while a guest on The Today Show.

You’ll notice that I avoid the use of profane language anywhere on this blog including posting comments that contain them. I know such words may drive away sensitive readers and don’t want that result.

I’ve used the foulest of words outside of where you’ll find mixed company or children. It’s low class, low brow and juvenile. Like many others using those nasty words I enjoy the shock value and sometimes comedy that is involved with profanity. That in no was excuses my lapse of good judgment when I tread into smutty language territory.

The reality is that these four letter offerings are in and of themselves are only simple synonyms of otherwise acceptable words. What’s the big deal aside from joining the lowest class of humanity?

By banning these terms have we given them far too much importance? I say those words have much more shock value simply because they are forbidden. Perhaps if we show less indignation and horror when people use the banned words they will go away on their own.
Posted by Paul Huebl Crimefile News at 2/14/2008 05:43:00 PM

We're the Puritans and we're peurile.

Where's my Hanoi Jane urinal sticker when I need it?