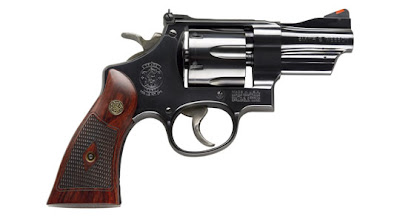 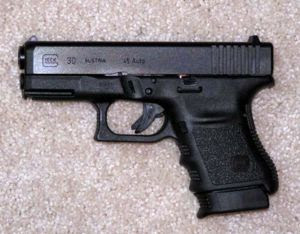 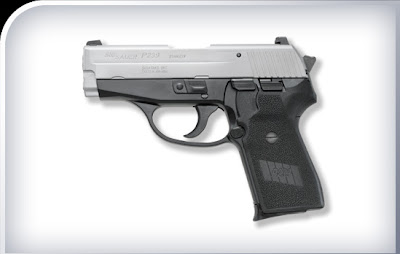 Las Vegas—The 30TH annual SHOT SHOW provided thousands of guns for me to examine, fondle and drool over. No there were no significant advances in gun technology since the cased cartridge and smokeless powder but the ergonomics keep marching on.

I brought out three guns for my readers that I thought were remarkable and desirable. They are purely defensible handguns suitable for cops and civilians alike. Let me say that I don’t like small caliber handguns like 9MM or .38 special since they’re more suitable for mouse hunting than the serious business of self-defense.

There is some bad news here for the Left-handed shooter because of the Bolshevik Republic of California’s insanely complicated gun laws. The laws actually prevented Glock from utilizing the ambidextrous magazine release on the Short Frame models.

I must caution novice Glock carriers to exercise extreme caution with these pistols because the trigger system is different and may prove hyper to shooters that only used revolvers or double-action semi-automatics.

Smith & Wesson brought a large frame (N) six shot revolver in .45 ACP with a reincarnated three inch barrel. This configuration utilizes full-moon or half-moon clips of yesteryear. Does that turn you off? It shouldn’t because the full-moon clips are really great speed-loaders loading all six rounds at once. This is an incredibly reliable revolver offering a real punch knocking out any criminal. This is being offered in the old classic style or in a new lightweight issue with night sights.

When you take delivery of this S&W go over to www.eaglegrips.com and pick up a pair of Secret Service grips to make this the best revolver you ever owned or fired.

Sig-Saur brought some new plastic Glock style semi-automatics and none of these rang my bell. I’m really partial to the P-239 two-tone model. I’m no fan of the .40 S&W round that’s most popular with politically correct police agencies trying to make their side arms female friendly. I’d rather take my chances with the .357 Sig jhp round. The .239 only needs a barrel and magazine change to morph one way or the other.

I’d avoid the DAO or DAK trigger option demanded by agencies such as the Chicago Police Department that trade the safety of their officers for that of criminal suspects.

Why the hype for the 357? It's just a souped up 9mm and doesn't really perform any better than the 9. Shot placement lad, shot placement.

I avoid the DAK trigger because I don't want to ba almost as fast as someone trying to kill me!

I will never argue against shot placement and keeping skills up to date.

I'll tell you what. I may be going out to Arizona this year. If I do, I'll meet you at a local range and we can do some shooting. I'll make a friendly wager with you that I will out shoot you with my 226 DAK. You can bring anything you want including a single action pistol if you wish. Game on?