Lane Bryant Victims Were Set Up For Vicious Killings like Sheep 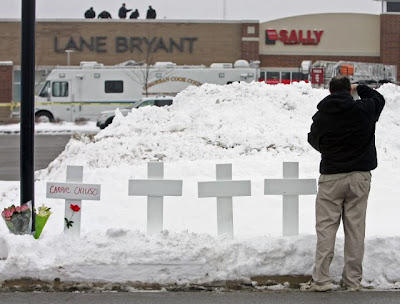 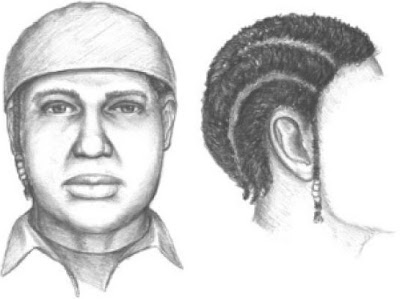 Six Suburban Chicago women were victimized twice. Once by society and their own government and again by the ruthless killer who robbed, blindfolded, and then brutally slaughtered them. They were, Connie R. Woolfolk, 37, of Flossmoor, Jennifer L. Bishop, 34, of South Bend, Rhonda McFarland, 42, of Joliet, Sarah Szafranski, 22, of Oak Forest, and Carrie Hudek Chiuso, 33, of Frankfort. In addition yet another woman was critically wounded who was able to provide police with her own personal horror story

Society demanded that these women lose their birthright along with their God given responsibility to protect themselves from harm. That was all accomplished through decades of handing responsibility for personal safety and security to government. During that period our society has brainwashed itself from any ideas of personal responsibility as they adapted to the 911 culture.

I guess most of us just don’t know or don’t want to believe that there is no 911 emergency call system anywhere as fast as even the slowest actions of muggers, rapists and killers. The police can only respond in time to remove the corpses and clean up the human blood and tissue.

Society has become an unwitting accomplice to terrorists, criminals and the insane as the laws worked to make sure the law-abiding are helpless, defenseless and hopeless. At the same time all types of predators have absolute unobstructed freedom to bring carnage onto the innocent.

We need more than the simple right to carry concealed weapons returned to law-abiding Americans. We need society to return the concept of self-preservation as, politically correct.
Posted by Paul Huebl Crimefile News at 2/19/2008 09:09:00 AM

I agree with you that responsible persons should be allowed to own handguns, and use them if warranted. However, since that, so far, isn't in the works, folks rely on 911 and their cellphones. I am a 911 dispatcher for a very large agency, and I can't tell you how many cellphone 911 calls we get from people who have absolutely no idea where they are, and are under the mistaken idea that we can automatically pinpoint their location via GPS. Not so. Please, folks...know your work address, know your home address and apartment number (you have no idea how many people don't know their home address), know your cellphone number. At home, even if you don't have landline service, leave a phone plugged into a jack and use that if you have an emergency, because you will get through much quicker and we should be able to know where you are much better than with a cellphone. If you are in your car and have to use your cellphone, know what street you're on, what direction you are travelling, and what the nearest cross street or block number is...not being able to provide us this information can cause an unnecessary delay in help reaching you.

I don’t have time to deal with a call to 911. In an emergency I'd use self-help because it’s far more reliable 100% of the time.

The 911 society is a massive failure.