History Would Suggest It’s Time For Another U.S. President To Be Assassinated 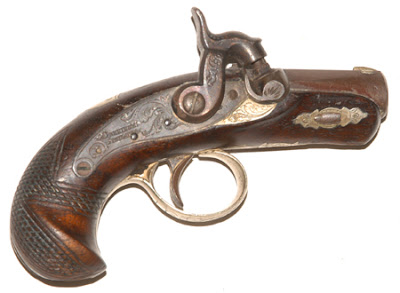 But for John Wilks Booth, the assassins were disenfranchised angry loners, some suffering from mental disorders.

John Wilks Booth was a patriot who took out perhaps the most toxic president we’ve ever had. The winners of the Civil War wrote the history books and made a hero and martyr out of a considerable enemy of freedom and liberty. I’ve never been a fan of Abe Lincoln. A split nation was far better than the huge loss of life and suffering that our Civil War brought Americans on both sides.

It only takes marginal intelligence and a created opportunity to kill a president. Improvised explosives, incendiary devices, firearms all can be command fired from great distances. Sophisticated killers can watch live television feeds broadcast in real time to determine when to press the button taking out the world’s greatest leader.

The Secret Service can never hope to eliminate the constant threats, attempts and actual assassinations. They will happen just because they will.

I would be surprised and amazed if we got through another presidential term with hot button, toxic people that are now likely to end up being inaugurated in January 2009.

My bet is the country will go on like it always does with a Constitutional successor. Someone will be offended or angry enough to do what they could not accomplish at the ballot box.

The chances of any president being killed are a little greater than 10% based on history. Get ready for the rider less horse in a funeral parade. Perhaps the next one will have a side-saddle.
Posted by Paul Huebl Crimefile News at 2/12/2008 06:59:00 PM

The Secret Service needs to stay on their toes 24/7 but they have a job with too many holes for guys like Oswald. We’ve has assassinations of leaders as long as we’ve had leaders. Predicting murder rates, future wars or assassinations are safe predictions because they happen with constant regularity. We live on an earth with more diversity than we like to admit. Maybe someone will invent a happy pill all humans can take to end murders, wars and hard feelings.

So tell me, do you not think Bush is toxic? I've been waiting on something to happen to him or his VP one day - so far, lucky.