Illinois Supreme Court Covers Up For Their Very Own Justice Anne Burke! 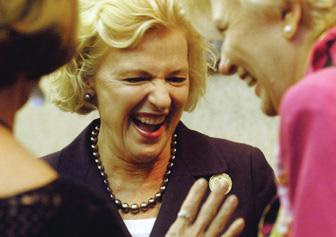 Recently the Illinois Supreme Court ignored their own statutory duty to investigate wrong doing by fellow Supreme court Justice Anne Burke. Instead of investigating the complaint as the law requires, they did nothing at all.

It’s no secret that all court appointments in Illinois except for lower downsate jurisdictions are under the direct control of Chicago Alderman Edward M. Burke. Nobody can get appointed, slated or Democratic Party blessing without Burke’s approval. Of course Anne Burke is the wife of Edward Burke. Is it any wonder way the judicial capons of the Illinois Supreme Court ducked their responsibility?

That complaint has made the round of various law enforcement agencies and has gotten some deserved attention.

Crimefile News obtained a copy of the complaint which you can read RIGHT HERE.
Posted by Paul Huebl Crimefile News at 2/17/2008 01:52:00 PM

Well, at least Chicagoans as well as our Chicago Police Officers know not only why we're short Police on the streets, but why cops don't have the proper equipment & training!

Has anyone filed a complaint with the Attorneys Registration and Discinplinary Commission aka ARDC at www.iardc.org/?

Complaints against attorneys are filed with the ARDC supra.

Complaints against judges are filed with the Il Judicial Inquiry Board at www.state.il.us/jib.