Help Save The Tap Root Pub! 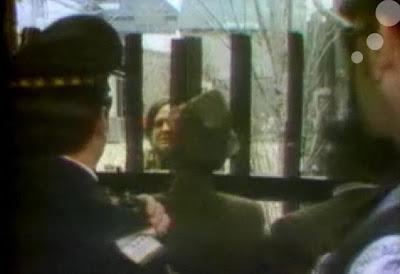 Chicago IL--In the great city I once knew there was a fun place to have dinner and socialize. It was the Tap Root Pub that was located at 1762 Larrabee on the Near North Side. I will never be able to tell you if the place was clean or not because it was so dark with only mood setting candlelight and the fireplace.

The food was wonderful and the hippie chicks that served it were entertaining. There were cats in the place that begged for food from your table but I would take the health hazard of cats anytime instead of the rats that plagued the more expensive places. My girlfriends always enjoyed a night out at at this place.

The owner was a man named Harley Budd. Budd was a genuine friend to and fan of Chicago cops. In 1965 the City condemned his property to make way for the Lincoln Park Urban Renewal Project. That did not slow Budd down a bit. He continued on with a well publicized battle with the city. Eventually Budd relocated his pub to nearby 636 West Willow. I was Harley's loyal customer from 1967 through 1972.

Budd’s liquor license was lifted by the city and his customers brought in their own. It was the in thing to do at the time. Everyone I know signed a petition to save our neighborhood place. Chicago was never the same after Budd finally closed shop.

Budd drove an older black Cadillac instead a license plate he has a “Save The Tap Root Pub” bumper sticker. I’d see him out driving while out on patrol and we’d exchange friendly waives. He'd come in to the 12th District Southwater Market area to pick up food for his pub. Nobody would ever write Budd a citation over his lack of plates or city sticker.

Budd died of Pneumonia at Grant Hospital in 1990 at age 61. Budd was a class guy and I miss him and his wonderful attitude. Harley Budd was a Good Will Ambassador for my home town.

The destruction of the Tap Root Pub did nothing good for Chicago. The picture above was taken when city officials and police stormed the Tap Root Pub and arrested Harly Budd. Harley can be seen behind the front gate being forced open. This was a sad day indeed.
Posted by Paul Huebl Crimefile News at 2/21/2008 07:27:00 PM

Great story! Thanks for this. I always wondered about those bumper stickers; now I wish I coulda been there.

My ex and I used to go there all the time, with our bottles of wine. We'd order lobster (which was cheap at the time) and spend many hours in the "beer garden" eating, drinking and feeding the cats.

Thanks for the memories!!
lcg

Thanks for the lash from the past. I don't have any pix, but I could draw you a picture from the image in my mind's eye. I moved to Chicago in 1970. When I went there (mostly in the afternoon) it was a wonderfully earthy pub with old wood floors and air thich with Chicago history. When I went, it was the only building standing on the entire block-- as if telling the Mayor (and progress)that TRP wasn't quite ready ready yet. A great time to be in Chicago and Old Town.

I too, frequented the Tap Root Pub from 1970 until it closed. We would go there after our 16" softball games at Grant Park (in the Advertising League). Lobster with all the trimmings for $6.95. Beer was cheap (when they still had their license). And the cats were always around. I think when they city finally closed the Tap Root Pub, Harley Budd could have run for Mayor and beat Dick Daley. Thanks for the memories.

I thought the place at Willow and Howe was there at least till 1980..I remember the "all you can eat" crablegs for$6.95...great atmosphere,and yes, Harley was a RIOT!..Helene

Harley Budd, (Buddy), and my father were good friends. I spent many evenings at the Tap Root Pub. As my dad explained it to me, Harley brought the wrath of the machine down on him because he ran against it for Alderman.

I remember going to this place on the all you can eat nights in the early 70's. They had all you can eat plus a whole lobster for $7.00 and we brought our own wine. Ah those were the days!

Drank a LOT of wine, ate a LOT of food, and met a LOT of great folks there...
When my ex left she took my "Help Save the Tap Root Pub" sticker Grrrrrrr.........

My parents took me there a couple of times. They had the bumper sticker on their station wagon. What a fun place! The lobster and BBQ chicken were great and the BYOB meant this 15 year old could share their wine. Taproot was short -handed one of those lobster nights, so we served ourselves. The hippie waitresses loved us for it.
I didn't remember the cats until reading the others' memories. Makes it even more charming. Can't imagine little Richie tolerating that kind of thing today either.
Now, it's the land o' big, big mansions.

My mom, Barb, was a waitress there in the late 60's, as was her friend Pat. I remember going there as a child and Harley - we called him Buddy - would pinch our cheeks very hard and say "Look at those rosy cheeks!", which they would be after his pinches! It was out price to pay for admission to some in and see mom and get a bite to eat.

We used to frequent the Tap Root in the late 60's. Brought in our own wine and beer and had great lobsters and clams. Thanks for the trip down memory lane.

We used to frequent the Tap Root in the late 60's. Brought in our own wine and beer and had great lobsters and clams. Thanks for the trip down memory lane.

That was a Great place to eat and have a good time with friends. My wife and I lived around the corner from this cozy restaurant for years and we still enjoy the memories!!!

I moved into Buddys apartment after law school. His problems with the city never seem to end. When Jane Byrne was elected, Buddy rejoiced! He treated his block [Howe Street] as his kingdom, and it was. The end came sadly after he was transported back to Chicago on a medivac plane. The next morning the phone rang & Jane Lynch his manager said he didn't make it through the night. Sadly he died thinking he was broke. Truth be told he was rich with caring friends who loved a simple hole in the wall where you could be yourself.

The Tap Root Pub was the informal headquarters for strikers during the 1967 6-week-long strike of the IUPAE against the Cook County Department of Public Aid, partly because beer was $!.00 a pitcher for strikers. Wonderful Cheeseburgers(cheese on the inside), made by Buddy were also cheap. The "ladies' room" was a windowless room separated from the hallway by only a curtain: toilet, no electric light, no sink.

The Tap Root was open until at least Fall of 1980. I waitressed there part time from January 1980 until then. One time Buddy came in with two broken legs. Said he fell off a ladder. Weekend nights were crowded and week nights were pretty busy too. People came for the whole Maine lobster or all you could eat clams and crab legs for $6.95. Steak were popular too. You could even get steak tartar. The place was dark, mostly lit by table candles. You couldn't see the cockroaches which were everywhere, but probably most restaurants have them. Rumor had it the place was haunted. And there were gunshot holes in the bar ceiling. Charlie was the main cook and his humor and personality lit up the place. There were black servers who dressed in white shirts and black pants and jackets. Waitresses wore white shirts and black skirts. It was like that back then. Girls were the waitresses and Black men were the servers. he second floor dining room was often filled to capacity and the beer garden as well in the summer.