Chicago Sun Times Columnist is Way Off The Mark 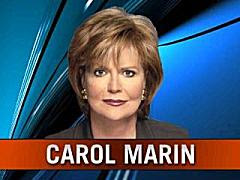 Columnist , Carol Marin wrote this article: We Must Do More to Control Guns

I responded with an e-mail to this lovely buy woefully misguided lady.

You're off the mark!

The first notable school shooting was in 1966. It happened in Austin Texas and was at the hands of a deranged ex-marine, Charles Whitman. The scream was for gun control by the political Left. They got their wish for more gun control in the form of 20,000 new laws. Each law sold more guns as Americans panicked and bought guns to head off a total ban. The gun control movement became the greatest gun marketing tool ever.

Each gun massacre also brought the shooters something else they craved, major media face time. The media became the unwitting motivator of mass killers each trying to out do the other in copycat moves. Mass killers are as well known as rock stars and Oscar winning actors. How many headines, books and movies did Charles Manson and John Wayne Gacy spawn?

What we have now are super-soft targets created by well-meaning politicians that are by design the safest place for armed madmen to kill innocent people. They are the so called Gun Free Zones.

The gun laws always work well on one group, the law-abiding. They follow the laws and the new politically correct gun-less culture like sheep. Perfect victims for the groups that our laws never affect, criminals, whack-jobs and the suicidal.

Stripping the law-abiding of their gun rights is counter productive to public safety. These are the very people you want trained and armed to act in emergencies. They are the ranks of the Militia to keep themselves, families, friends and neighbors safe from the unthinkable.

Give a Militia snappy uniforms, government resources, and special authority and you create Storm Troopers as Nazi Germany did so effectively. Government Militias quickly lose identification with their former friends and neighbors. The Militia must be all of us.

The ranks of gun control groups are comprised of devout pacifists, control freaks and the misled. Their shrill cries are trumpeted by confused journalists.

Americans need to re-learn what they’ve lost, that they are responsible for their own self-defense. That they, not the police are the first responders to assaults, rapes, robbery and all forms of mayhem. When Americans re-learn their individual self-defense responsibilities violence in our society will be checked.

More gun laws and more cops are no solution to America’s violence.

Carol, get training, a gun and you can be part of the solution rather than what you are, a part of the Problem.

Nicely worded email, Paul.
I too, wrote an email to Ms. Marin with the same basic idea as you, but not written quite so eloquently. I don't think she'll want to read either of our messages, and if she does, they'll both be deleted as quickly as possible.
She doesn't "get it" and I don't think you can reason with these anti-gun people.

Observation of show: Carol try's to press her ban stance briefly. Its more frightening to listen to the 3 interviewed and see the incredible lack of any clear cut solutions.

Dr. Carl Bell clearly states that copycat crimes such as this WILL happen in the future and there is a comment that alludes that the press's coverage of this ,That it encourages this to happen in the minds of potential perpetrators.

I view it more as why law abiding citizens need a means to defend themselves. As they all agree it can't be always prevented!