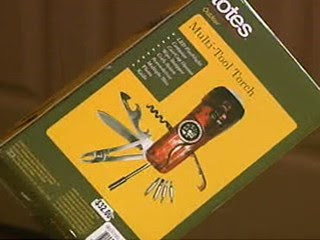 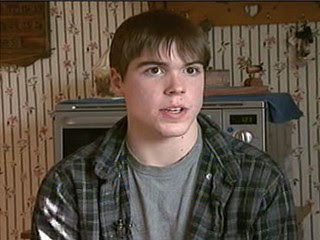 GRAYSLAKE, Il. Christopher Berger, 18, is an honor student at Grayslake Central High School who faces an adult criminal record for the rest of his life. Why you ask? It seems that school officials found the lad’s jacket on school property, searched the pockets and found a small multi-tool that contained a knife blade. Police were called and in addition to school punishment Berger was charged with Reckless Conduct and now needs a lawyer.

Illinois is one of those states that have written law after law banning every possible type of instrument that could be used to inflict harm. When I was a Boy Scout attending Catholic school, on meeting days we proudly carried our Boy Scout knives on a chain from our belts. No, we did not arrange West Side Story style rumbles nor did any animals suffer because of our “Reckless Conduct”. That of course was long before the Uber Liberals had total control of Illinois state and local government.

Berger is clearly the victim of yet another insane Zero Tolerance policy. Berger wants to go to college and be a firefighter. He will face almost certain rejection should he be convicted of a crime. Of course there are those hateful bastards that applaud that kind of result.

This reminds me of all the people we’ve convicted of crimes for forgetfully bringing some type of knife or gun in carry-on baggage as they board enter an airport for a flight.

When I was a young policeman I had to enter the Cook County jail and was stopped by a jail guard who told me that he had to search me before I could enter. I asked the older jailer if sworn police officers are not trustworthy. The response was they even search Warden, Jack Johnson because we may forget and accidently introduce a weapon inside the jail. That made sense to me since they did not try and make criminals out of forgetful cops.

Someone please tell me why this silliness with Christopher Berger is going to a criminal court on February 20, 2008? Why must Judges, prosecutors and court reporters have their time wasted over this lad’s perceived threat to public safety?
Posted by Paul Huebl Crimefile News at 1/17/2008 04:10:00 AM

What do you want a bet if the student involved was black; that everyone would make a big deal over it and try to get the school to reconsider?

Welcome to the peoples republic of Illinois. Just like with newyuck and commiefornia; the people at hand want to control us in any way possible. Insanity at its best but this is present day Amerika. This has got to stop and the residens of these states need to make it happen

So does Illinois allow high school baseball teams? (Assualt Bats!!). How about high school soccer teams? (Assault Cleats!!). Or my personal favorite, (Assault Fists!!). How are they going to ban that (since it obviously causes bodily harm); by cutting the hands off?

How the hell is the mere possession of a utility knife considered reckless conduct?

Governer Rob Blago at ur service...

wtf this needs to stop