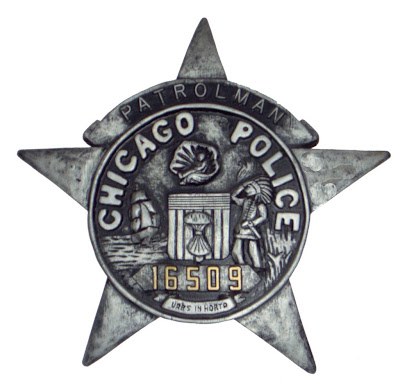 Okay, there were some very serious incidents and corruption within the ranks of Chicago cops in recent times. City politicians sacked the 32 year old, civilian run Office of Professional Standards in favor of a new, Independent Police Review Authority.

Now because of a backlog of investigations the city has turned to outside lawyers and private investigators to work these cases. At first blush I want to condemn this idea as insane. But then I have to say that rotten departmental politics and associated outside political corruption have destroyed the careers of many fine officers. The department rigged results in too many cases rather than conduct fair or impartial investigations.

The backlog of cases needs to be addressed another simple and inexpensive way. All complaints would be reduced by 70% by just doing the following:
1. Require all complaints to be made under oath.
2. Every case of a false report should be prosecuted.

Sending these cases to outsiders is unprecedented in any police agencies I’ve ever heard about. The system may be the best or worst thing that ever happened to the men and women sworn to protect Chicago’s citizens.

As a licensed private investigator I’d take that kind of assignment very seriously. Having worn the uniform and been subject to abuse by local residents and their phony allegations I would do what OPS or the IAD has never done, demand prosecution of people making false reports. Cops would be lucky to have me investigate these cases.

We will all just have to hold our breath and hope for the best. I’m already holding my nose as I have began to smell funny business in the awarding of these investigation contracts.
Posted by Paul Huebl Crimefile News at 1/17/2008 12:23:00 PM

I think farming out investigations of cops to pvt eyes and lawyers is a joke! I mean if the pvt eyes and lawyers were any good at "investigating" they'ed by Chicago Detectives!!! I'm betting most (99%) of the lawyers & pvt eyes jokers who are to investigate a cop could not find teh "goods" in a cloth store - let alone get the goods on a Chicago copper. And lastly, and here's the kicker - wait until they find out that the cops who get caught bribed the 1 percent of the lawyers and pvt eyes who do know how to "make a case" - then the City pol's (also crooks) will fire them and it's busines as before. I do like your stipulation tho Paul that those who make a false beef be arrested and so charged..The Old Copper

It is a very sad day on the CPD . Why don't they just let Jesse & Al investigate the beefs . This will turn out to be the worst decision ever made . This "BULLSHIT" along with Jody is another slap in the face for the entire dept and we owe it all to that little Irish bastard of a Mayor. Bring back Jane