Britney Spears Is A Lot Closer To Marilyn Monroe this Morning 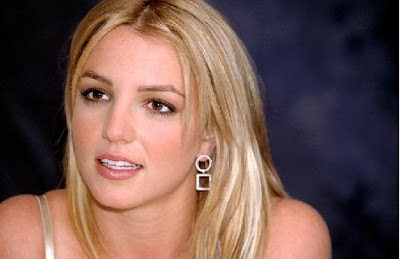 This morning Britney Spears will wake in Westwood’s UCLA Medical Center only a short walk from the legendary Marilyn Monroe’s crypt at the Westwood Memorial Park.

Spears was removed from her home and hospitalized under a 72 hour hold arranged by her own psychiatrist. The scene was and is beyond chaotic as nearly 100 people comprised of cops, firemen, paparazzi photographers escorted her to the hospital.

I won’t speculate on a diagnosis of Spears’ medical condition but her life is far from normal as Spears has been subject to constant privacy invasion and surveillance by the sleaziest tabloid operations. You can properly argue that Spears is a co-conspirator to the exposure of every intimate detail of her life. it’s now time for the tabloid vultures circling over Spears to take the high road and end their coverage of this troubled young woman at least and until she can heal.

With Spears’ enormous financial holdings her helpers, family and friends seem to be motivated by greed rather than any desire to help Spears.

Sadly, the Britney Spears death watch well is underway. I don’t think this woman can ever last longer that the 36 years Marilyn Monroe graced this earth. Spears will be strangled to death by her fans, the morbidly curious, government bureaucrats, opportunists looking to loot her estate and the managers of our sleazy media organizations.
Posted by Paul Huebl Crimefile News at 1/31/2008 04:28:00 AM

I hope she beats this whole thing.
There's so much life left. Im sure she made enough money , she can live modestly for life off the interest. She has to push all the WHORES out of her life. She needs to get out of California and get to rural America and leave the mess behind..........

It's a real shame what has happened to this young women. She had it all, good looks, nice figure and an innocence not found in most of Hollywood today. To watch her slide into the sinkhole that she has is a real shame. I only wonder who is to blame. Her, her parents, her advisors? I usually don't care about what goes on out there in LaLa land but the demise of this young women has caught my attention.