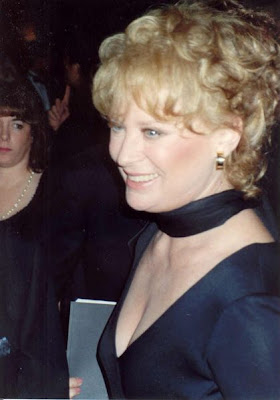 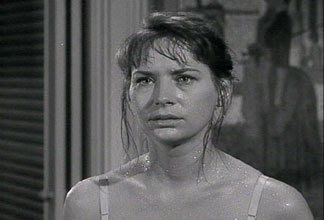 Los Angeles--Lois Nettleton was a terrific actress who was believable in any role she ever played. She was captivating in early and memorable episodes of the Twilight Zone and hundreds of significant roles on stage, screen and television. In Recent years Nettleton had a recurring role in Crossing Jordan. Today she’s been reported to have died of Lung Cancer.

Nettleton was born In the Chicago Suburb of Oak Park, IL. She competed in beauty contests becoming both Miss Chicago and a runner-up in the Miss America Contest. Along the way she attended and graduated from my own Alma Mater, Senn High School on Chicago’s North Side. Nettleton gained her acting chops at the prestigious Goodman Theater of Chicago’s Art Institute.

I’ll never forget Nettleton's role opposite Maximilian Schell in that great film, Man In The Glass Booth in 1975. She played Miriam “Mimi” Rosen, an Israeli prosecutor on a mission to hang a wealthy Jewish-German-American immigrant who orchestrated the theft of the identity and impersonation of a Nazi War Criminal.

We had the pleasure of knowing Lois Nettleton in Chicago about 1977, when my wife Ann Jillian co-starred with her in a Cole Porter musical staged at the First Chicago Center Theatre there. It was called "Compliments of Cole' they sang a great Cole Porter score. Each sunday we'd walk with her to Mass at Chicago Ave & State Streets. A lot of folks didn't know that she was a devout Catholic woman of great faith. Lois was a gentle and kind soul. may she rest in peace. God Bless, Andy & Ann Jillian Murcia

Ms. Nettleton was a beautiful, talented actress. She will be missed. There are no current actresses out there these days that can hold a candle to her.

The author of this obit mentions that he/she also attended Senn as did Ms, Nettleton.I am preparing an article on famous Sennites from
the 40s and 50s and would appreciate being contacted by this
author.( I also went to Senn some
years after Lois)

Since you left no phonr or e-mail how do I do that?

Leave another comment with your name and number. I won't publish that but will call you.