Inside The Phil Spector Jury Deliberations 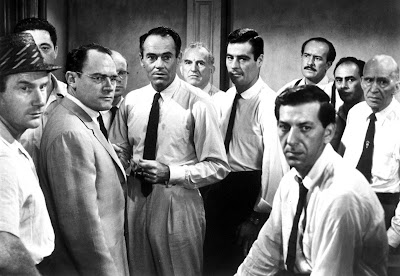 Here’s the way they should work:
1. Pick a foreman who stayed awake throughout the five-month trial.
2. Start with the physical and forensic evidence asking a simple question. Is it possible to shoot someone inside the mouth and not get significant spray of blood, tissue and gunshot residue on your jacket or shirtsleeves just inches away? If the answer is no the jury is finished and should sign and turn in the Not Guilty verdict form.
3. If the jury thinks Phil Spector is a world-class magician and figured out a way to make the bloody mess go away, then it’s time to guess motives of Spector to murder a total stranger and the motives for Clarkson to kill herself. In that mix there is room to examine the possibility of playacting with a gun. Did she know it was loaded?
4. If your still not satisfied that the government was able to prove its case it’s time to deal with Spector’s old girlfriends from decades past. The absence of injuries or police reports and their continued contact is a bit strange after their bedmate assaults them with a gun. Did the chance for fame and fortune bring these ladies out from under their rocks?
5. As for the Limo drive it’s really simple. Did he really understand or even hear Phil Spector’s mumbling?
6. If the jury has not figured it out by now its time to simply send a note into the judge telling him they are just not smart enough to decide this case.

The jury should have finished with just step one and two. If the hate campaign against Phil Spector has influenced the jury, look for them to be out more than two days.
Posted by Paul Huebl Crimefile News at 9/11/2007 06:43:00 AM

Regarding Reasonable Doubt for Phil Spector

1. The prosecution were never able to put the gun in Spector’s hand.
2. Spector’s DNA was not on the bullets.
3. Statistics say 99 per cent of in the mouth gun shots are through suicide.
4. Every single defense expert placed the gun in Lana’s hand.
5. DeSouza - is a biased witness he had reason to lie against Spector to get out of being a suspect for murder himself. If this is what really happened then it is a betrayal in order to leave a sinking ship and come out shining - and betrayal can definitely happen DeSouza had something to gain and it is definitely part of human nature and may have occured with DeSouza.
6. If the American Operator understood Adriano Desouza’s 911 call in English as Seal Inspector and not Phil Spector and if Adrian mixes up he she and it on the Witness stand - then it is perfectly reasonable to believe that Desouza did not perfectly speak or understand English or Phil Spector
7. At his worst Adriano has motivation to get his green card and not be deported - even if this was not his first concern on Feb 3 2003 - which at that time was to not be a murder suspect or De Souza’s motivation could have been on Feb 3 2003 to do the right thing or to intentionally implicate Spector.
8. Maybe a different scenario happened where Phil trusted Adriano and asked him to get the police after all Spector was his boss and was used to asking Adriano to do things for him
9. The Jacket should have blood on the sleeve.
10. Lana Clarkson was accident prone. Was this her second and final accident?
11. Lana Clarkson drank Tequila people do strange things on tequila. I put my shoes in the refrigerator when I was on Tequila and couldn’t later remember where I put the shoes.
12. Lana Clarkson before she knew Phil Spector broke both her own wrists while drinking at a Christmas eve party.
13. Phil had only known Lana a few hours and had no motive to kill her.
14. All the other ex-girlfriend witnesses that Phil allegedly threatened with a gun were his long time girlfriends not new acquantances and they are all still alive
15. The string of ex-girlfriends and their testimony is a diversion to the night of 3rd Feb 2003 and cannot prove Lana Clarkson’s murder.
16. Adriano De Souza is the State’s puppet he has no independence because he has no working papers and is on the verge of deportation or a green card.