Women Never Shoot Themselves In The Head! 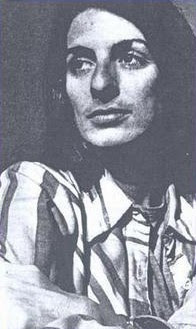 "In keeping with Channel 40's policy of bringing you the latest in blood and guts, and in living color, you are going to see another first: an attempted suicide." Those were the last words of TV anchor/reporter Christine Chubbuck before she raised a .38 snub-nosed revolver to her head and shot herself live on television. This happened one July morning at WXLT-TV in Sarasota, FL in 1974.

Chubbic placed the gun behind her right ear in a very unusual position. Had there not been videotape my guess is cops may well have made someone a murder suspect.

I love hearing so-called reporters saying women never take their own lives that way, while commenting about the Lana Clarkson death and the Phil Spector murder trial.

I have seen many photos of women who killed themselves in this fashion. Women often leap to their deaths from tall buildings making a grand and unfashionable mess on public sidewalks. Where did this new bogus myth come from? Who made that garbage up?
Posted by Paul Huebl Crimefile News at 6/06/2007 08:30:00 PM

Alot of those women hitting those sidewalks after leaving a window were thrown out by the married boyfriends that they were beefing with. I heard this happened alot in Chicago in the 60's w/downtown businessmen!