Why We Solve Far Fewer Homicides In America These Days 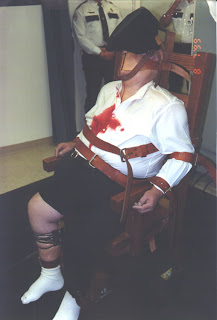 When I was a young cop I was astounded to learn that homicides were cleared somewhere around 85%. Who would dare commit a murder with those lousy odds? Capitol punishment was still a reality before that Fuhrman vs. Georgia execution moratorium nearly ended the death penalty for good.

Then came the mid 1980s and the clearance rate for murders began dropping. The murder clearance rate steadily decreased to around 36% where it stands today.

I bet you’re thinking criminals are smarter today and better at avoiding discovery? Not a chance the killers were never very smart nor careful and actually taking steps to hide evidence.

But now we have DNA, high resolution surveillance cameras everywhere, data tracking for every little purchase we make, cell phone cell site data and even GPS gizmos tracking us everywhere we go. We are unintentionally creating airtight alibis for our usual suspects we used to arrest and convict.

The robbery or rape victim turned eyewitness pointed out the suspect in some courtroom and the case used to be all over. Today suspect can quickly tell the cops that he was at the Burger King drive through, bought gas, a bottle of wine and some smokes at a 7-11 store many miles away at the exact time of the crime and prove it without difficulty.

DNA and fingerprints found at crime scenes are often meaningless because suspects are known to their victims and are often guests in their homes. More often than not DNA is clearing wrongly fingered suspects rather than implicating the guilty.

There is a sad truth and that is perhaps as many as half of the people we convicted may well have been innocent of the crime for which they were accused.

Risky behavior and relationships engaged by marginal, throwaway type people make them right to do the time for someone else’s crime. Equally sad is the guilty get away with their crimes and commit more.

Doesn't this mean the system was never very good at catching the right guy in the first place? It seems to look like if you could go back in time, about 50% of those busted _would_ have been cleared by DNA, or phone records, a 7-11 receipt, or some other non-existent technology, hypothetically speaking.

So, of the 86% of the total crimes (murders), 50% of that fraction (what's that, about 75%?), could have been innocent and would naturally protest as much...so maybe the old expression cops have that _everybody_ claims to be innocent, well, it looks like a lot of 'em WERE. Or could have been.

Add to this (and correct me if I'm wrong, please), that the majority of our effort, and our best people, are put to work solving a crime as heinous as murder, now you gotta wonder, what the heck is the wrongful conviction rate on the more trivial stuff, where, I presume, our best and brightest _aren't_ on the case.

Our justice system is NOT what we were led to believe. We've killed lots of innocent people and destroyed the lives of thousands more.

As an outsider, I find that 36% surprisingly low.  What are the data that you're basing it upon?

The statistics here, based on arrests, paint a much less dramatic picture, though it is possible that the decrease in arrests over time can be explained by the exoneration of "usual suspects."

The stats I used were the latest available from the City of Chicago. That is the source of the dismal 36%.

If as your link suggests the decrease in clearances is somewhat less it none the less shows we have convicted many thousands of innocent people.

The larger cities like Chicago have have many more of the newer crimefighting tools that exonorate the innocent than rural areas of the country.

I suspect the clearance rate to shrink even more as time goes by.

Paul, I was eating cereal this morning when I saw that picture. blech...

I have to quarrel with some of the bold statements you have made here. I;m not sure what years you are referring to regarding an 85 % Homicide clearance rate, However, I can tell you that your 36 % figure applies only to the Chicago PD. What you fail to mention is that the recent figure directly corresponds to the new practice (by law) of Videotaping all stages of Miranda/ interrogation by the Chicago PD. There are fair arguments on both sides whether or not videotaping confessions is beneficial. In Chicago, things have gone overboard and the Detectives are forced to read a statement to suspects, on video, effectively "shutting them down" from the onset. I have no problem whatsoever with reading people their Miranda rights, However, poorly conceived laws regarding interrogations do not serve the victim or public at large. It seems Police work is one of the only fields where everyone knows as much , or more, than the professionals. Largely because they watched plenty of T.V. shows, thereby making themselves experts. In Defense of C.P.D, I guarantee you the stats will improve as the Detectives adjust to the new practice. As with any change, there is a trial and error period. My second point is during the mid 1980,s to early 1990,s, the clearance rate dipped because violent crime rate soared. Lots of random violent crime driven by the crack epedemic and gang membership explosion No real surprise...If, as stated, you believe your average perp isn't a little better informed than years past, your simply crazy. They may not necessarily be "smarter," However, they are much more aware of Police investigative methods and techniques. Ask any Detective who has been around awhile just when Rapists routinely began using condoms, began forcing victims to wash, etc.. witness the advent of disposable phones, pre paid credit cards etc... our methods are all over the media on a daily basis. That most definitely has an effect on clearance rates. Technology is great, but, people convincing juries that they could not have committed a crime because a cell phone was across town, isn;t what I would call Justice. We are seeing a decline in clearance rates across the country due to a lower overall crime rate, indicating a decrease in "heat of the moment" types of violent crimes, i.e. murders. A no "snitching" culture that has been celebrated and mainstreamed as never before, a nationwide increase of start to finish videotaped confessions, and a better informed criminal class. To insist, as some posters have, that 50% of convicted Murders must have been innocent because there were no DNA tests or phone records is ridiculous, and no, DNA does not currently clear more people than convict. The technological tools available should absolutely be used. No one wants an innocent person convicted, However, as you yourself seem to point out, physical evidence can often be interpreted several ways. (Ask the OJ Jury) I personally don;t mind helping create an "airtight alibi" for one of the "usual suspects" if their innocent. I think we're simply at a time and place of rapid scientific advances and we are learning how to better apply them....