I Have A Complaint To file Against A Judge 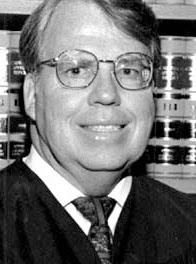 I have reflected for beyond 24 hours and am so offended by Judge Sauer's conduct I intend to make this complaint to the California Commission on judicial Performance Monday:

Judge Sauer knows Paris Hilton is a major celebrity who was and is represented by counsel. I can’t address all of what happened the morning of June 8, 2007, but its abundantly clear Ms. Hilton did not cause the incredible events of that day.

Paris Hilton had been convicted for DUI, driving on a suspended license and has violated her probation. She may well have deserved punishment and the jail term that Judge Sauer gave her.

Ms. Hilton surrendered and began her sentence and for whatever reason, Sheriff Lee Baca intervened three days into Ms. Hilton’s jail stay and took it upon himself to release Ms. Hilton to house arrest and electronic monitoring despite Judge Sauer’s commitment order. It is not Paris Hilton’s fault that the L.A. County Sheriff sent her home. The fact is that it happened and no escape was involved. Ms. Hilton never went into hiding from Judge Sauer’s authority.

In what I can only describe as a grotesque and medieval exercise Judge Sauer publically ordered the Sheriff to pick up Ms. Hilton at her home and have her transported to his court. This was all too similar to the 17th century European practice of taking a manacled prisoner in a horse drawn cart through the town square. This was done so the hostile crowds could throw rotten vegetables at the hapless miscreant being delivered to a place of execution for some infamous crime that was committed.

Judge Sauer had plenty of civilized judicial options to deal with Ms. Hilton that would not have turned the Los Angeles Superior Court into a venue such as the ancient Roman Coliseum putting on a cruel show visible to all in every country of this earth. There were no exigent circumstances to prevent the flight of a dangerous felon or even Ms. Hilton.

Judge Sauer set out to make major international news and knew full well what would happen. As a result of his conduct Judge Sauer now basks in the lime light of new found fame in Ms. Hilton’s shadow as some sort of judicial hero. Ms. Hilton was subjected to unnecessary, horrific humiliation, scorn and ridicule.

Had Judge Sauer somehow forgotten that Ms. Hilton surrendered to the court’s jurisdiction and later to the jail to begin her sentence? Judge Sauer has brought discredit to all of his fellow judges and turned the Los Angeles Superior Court, halls of justice into a circuis.

As a result of Judge Sauer’s cruel handling of Ms. Hilton she has suffered a hundred times the amount of punishment of any other person convicted of similar crimes. The actions of Judge Sauer violated the rights of Paris Hilton under the Sixth Amendment of The United States Constitution that protects all Americans from cruel or unusual punishment. Judge Sauer should be removed from his position on the bench of the California Superior Court.

paul i supoport the judge, and you bet the little spoiled brat had allot to do with sheriff lee baca letting her go. the sheriff has favored her, and that is just wrong. the sherrif is a dictator in uniform, who by the way does not want you to own guns.

this is the 1st time ive ever agreed with fat al sharptounge. the sheriff was flat out wrong. it was him that wanting his fame, not the judge who was only enforcing his decision.

As for Sheriff Lee Baca he should have to answer for his actions in the form of a contempt hearing if the facts warrant that action. We can only speculate as to what caused the Sheriff to do what he did. I don’t have enough information to criticize him yet.

I’m no fan of Lee Baca because his un-American view and rejection of the Constitution’s Second Amendment.

I agree w/ you on most things but on Paris Hilton and Spector, you're wrong.

Celebrities should be accountable too.

I commend the Judge and think he should run for Govenor of Calif. He has integrity. if she is experiencing medical/mental conditions, I am quite sure her DR's and parents, have reccomend that drinking, druggin and clubbing is good therapy. Hah!!
I dont know the stats, but i have a pretty good idea that most county jail inmates dont want to be there, the may have med/mental problems also. Is the sheriff going to consider them for release?

paul, IMO you are wrong, maybe elbowing with the elite of the left coast has caused that "stockholm syndrome" to kick in.
punishment is a relative thing, the urban dweller sentenced to prison is no big thing, 3 squares and a rack.

a law enforcement person is often punished more, just by the embarassment and loss of job/career.

miss hilton can pay any fine, or check into rehabs for the rich and what would she learn? Afew weeks out of the party scene is justice for her.

Paul, Paris Hilton is a total bimbo who absolutely deserved a jail sentence for her drunken driving and additional violations. Hilton thought she was above the law.

You’re so right on the money this time. Hilton got caught between the Sheriff and that media whore judge. Hilton got far more punishment than she deserved. If she did not learn her lesson she never will.

Please recall that Ms. Hilton was in custody and technically incarcerated with a different disposition.
The Sheriff's job is to transfer prisoners between jail facilities. I see no issue with him remanding her back into custody to where she was originally sentenced. Are you dating Paris or something?

I wonder what goodies your hoping the Hilton combine bestows upon you, its obvious your pandering the them, as you do to most Hollyweird stuff. Still trying to break into the Hollywood stuff big time, are you.

Do you think Paris Hilton and her family want to make me a star? I didn’t know that they owned film studios or big talent agencies. I wish you were somehow right. Do you think the Hiltons might fund my film project for me? I need all the help I can get:)

Do you think they might even give me a voucher to stay at a Hilton Hotel some night?

This article is right on. The issue isn't whether Paris deserved jail. Crushing someone's hope after they are released with very little concern for the person involved.

This is my article about it:

Would you agree with the judge if she had killed your kid or a loved one? What's your problem,Is there something in it for you? I think this judge should serve for every celebrity so that these spoiled little brats can be held accountable for their actions!!!I try to teach my child how wrong it is to drink and drive and how he must obey the law, and this hilton circus makes a mockery out of everything I have told him!! You must really love celebrities!!!

Liz you’re really kind of dense and don’t get it. Don’t worry you’re not alone.

Paris Hilton deserved punishment including the jail term. Hilton did not deserve the extras given her by the media whore in black robes. Blame Sheriff Baca for letting Hilton out and punish him. Hilton has to do what she’s told while in custody and that just what she did.

Nobody deserves more punishment than they earned including Paris Hilton.

I wish this wasn't a joke and you were actually going to send it. 1.2 million DUI arrest per year in the US and many way above 0.08 (i.e., like an aggrevated assault vs just assault). Lots of dumb people who don't take their probation seriously on the 1st offense. Hard to believe that 23 days is the norm for 'em. I certainly don't believe what the DA's office had to say about it. Wonder if they'll look more closely at the LA Time's 1500 "similar cases" to see what the 20% getting >23 days did to deserve it.

The complaint has been received as of June 13, 2007 and is now under review.

I personally I feel that Paris Hilton should in counseling and maybe community service. just sitting in a cell allday, she won't learn anything and as anybody knows from History: if you don't learn from history, you condemned to repeated it. i feel that Judge is wrong. Paris is not a hard core felon and shouldn't treated like you. Personally, I feel the LA Sheriff did the right thing by send her home under house arrrest. It would better for everyone and including (not really important) cheaper for the taxpapers.

The Sheriff did nothing wrong. Two psychologists and a psychiatrist said that they couldn't help her, and the Sheriff had every legal right to reassign somebody to home detention. Baca is oneof the most respected Sheriffs in the United States, while Judge sauer is one of the least respected judges in LA. he has been demoted twice. The Sheriff was not held in contempt and his job is not in jeopardy. HE has power over the jails, not the judge.

This judge wanted to be famous and used Paris Hilton to make a name for himself. When he ordered her back to jail, he treated her like an escaped convict. SHAME on judge Sauer. What a little man.

Yes, Paris Hilton was moronic, thought she was above the law, and deserved to be held accountable for her stupidity, poor judgement, etc., etc. However, what she wound up being was the pawn in a power play between "Moonbeam" Baca and the Judge. Very few members of the general public would have been required to spend as much time in custody as Ms. Hilton, for a similar offense, and most are given the option serving their time at a "pay to stay" facility. Baca figured he would look like the good & benevolent Sheriff by letting her out early, and the Judge saw a high-profile opportunity to exert his judicial power and take Baca down a a few pegs in the process. I can't think of any winners in this whole charade of justice, except maybe the bottom-sucking paparazzi who made some money from the pictures and articles.

Oh, and Paris, honey - you have lots and lots of money - buy some common sense, and hire a driver...