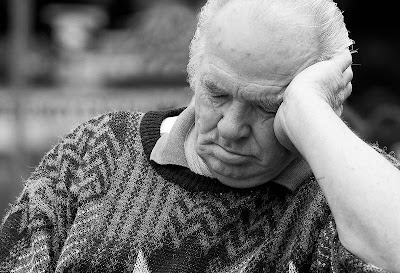 Today Los Angeles County Sheriff’s criminalist, Steve Renteria who specializes in forensic DNA work testified. He suggested that something or someone blocked the blood spray from Ms. Clarkson. ( I guess that someone is Phil Spector who’s white dinner jacket has a very small amount of blood spray on it.) The problem here is a lack of blood spray on Stector’s jacket sleeves.

Renteria went on to say that Clarkson’s DNA was all over the gun from handling it and there was none of Phil Spector’s. The suggestion here was hat Spector somehow removed his own DNA and not Clarkson’s. Spector must have one incredible DNA lab to manufacture selective DNA samples like that!

It does look like Spector may well have cleaned some blood up but this suggested clean up job was well beyond the ability of any mortal man. When criminals tamper with crime scene evidence they for the most part dig themselves in a vast forensic hole.

If you get blood on your hands from trying to help an injured person it is considered a serious biohazard that needs to be cleaned from your hands and other skin. That’s not evidence tampering but simple self-preservation.

I’m still waiting for real evidence that Spector killed anyone at all. Please, wake me up if you hear any in Judge Fidler’s Courtroom.
Posted by Paul Huebl Crimefile News at 6/11/2007 11:02:00 PM

YOU HAVE A WAY OF TAKING WHAT YOU LIKE FROM THE EVIDENCE AND THEN ADDING A PART YOU "THINK" IS MISSING. ALL THIS TO SUIT YOUR DEFENSE OF THIS SCUM BAG. THIS IS A NO NO PAL - NOT PERMITTED MR. PAUL! FACE IT, THE PERVERT CLEANED UP THE SCENE AS BEST HE COULD AND LIKE IT OR NOT, SOMETIMES CRIMINALS REALLY DO MAKE SOME HEADWAY BUT THE TRICK IS TO CLEAN IT ALL UP AND THAT'S WHERE MR. PERVERT FAILED.. HE WILL GO DOWN ON THIS RAP AND I HOPE THEY GAS THE BASTARD. KEEP UP THE GOOD WORK PAUL, FROM YOUR OLDER PAL - THE EX COP

Open Season on the CPD Continues:

http://abclocal.go.com/wls/story?section=local&id=5396318
Attorney calls beating 'hate crime disguised as police work'
June 14, 2007 - A man is suing two Chicago Police officers and the city saying the officers beat him because he is gay.

Lawyers for Alexander Ruppert say pictures show the injuries he suffered in the beating. It happened in March 2006 near the Uptown Lounge at Broadway and Lawrence. Ruppert's lawyers say officers were on duty and responding to a call at the bar. They reportedly asked Ruppert to step outside then took him a block away and beat him.
Ruppert says during the attack officers used anti-gay slurs and only stopped when he told them he is HIV positive.

"This was a hate crime disguised as police work. Hate crime is particularly heinous, because it's not just a crime against a person, but against an entire community," said Jon Erickson, attorney.

Ruppert was charged with aggravated battery against a police officer. Police say the charges were reduced to a misdemeanor.

The city law department says it has not yet seen the lawsuit.

The officers are accused of breaking into homes without warrants and stealing cash and valuables. On Wednesday, Assistant State's Attorney David Navarro presented evidence of another incident that allegedly occurred on Sept. 18, 2004.

Finnigan and two other SOS officers stopped and searched a man at a gas station near Central and the Stevenson Expy., Navarro said. The three officers "coerced the victim" into giving them his home address -- and then the officers took the man's cell phone, driver's license and car keys, Navarro said.

While one officer stayed with the man, the two others went to his house in the 4900 block of South Luna in unincorporated Cook County, Navarro said.


Pleads not guilty
"Finnigan and the other officer gained entry to the victim's home without warrant or probable cause," Navarro said. Finnigan and the other officer "ransacked" the man's home, Navarro said. The officers found no drugs or contraband but did find "several plastic shopping bags holding approximately $450,000 in cash," Navarro said.
Prosecutors have documents showing the money came from the sale of land in Mexico, he said.

The officers later split the money three ways, Navarro said. Finnigan broke the man's cell phone in half and threw it into the I&M canal, he added.

Michael Ficaro, Finnigan's lawyer, said his client had received 199 commendations during his 18-year police career. Finnigan pleaded not guilty to the new charges, which include armed violence and armed robbery. Prosecutors say the SOS investigation is ongoing, and the seven accused officers are awaiting trial.