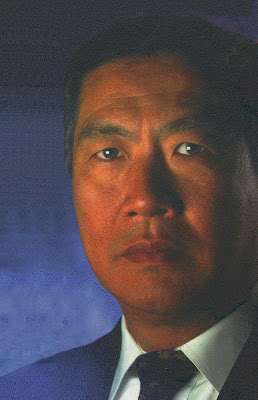 Amazing words said on the record by Judge Larry Paul Fidler, during the Phil Spector murder trial. It was said out of the presence of the jury. Fidler further indicated that he will not instruct the jury about Dr. Lee’s credibility.

Fidler must be gunning for a mistrial because there is no way that statement and it’s prejudicial taint will be kept from this un-sequestered jury.

Fidler’s remarks came from a bizarre allegation made by former Spector lawyer, Robert Shapiro’s defense team members. The allegation is that Dr. Lee located and destroyed physical evidence at Phil Spectpr’s home. Shapiro was fired by Spector, and I can only conclude this effort to smear Dr. Lee is fallout from the Shapiro/Spector dispute. If that’s the case it’s an outrageous and unlawful act by Shapiro’s camp. Judge Fidler should have considered the vendetta and source of this garbage before he opened his big mouth.

The prosecution has zero evidence that would show Spector fired the gun inside Lana Clarkson’s mouth. Prosecutors have invented a non-existent piece of missing evidence and a wild theory that would suggest that the gunshot was not self-inflicted. The item in question is supposedly a fingernail and the suggestion it may be marked by bullet wipe if it even exists.

The goofiest part of this theory is that the cops and their CSI team somehow missed the item in question and Dr. Lee found it long after cops opened the death scene and returned control of it back to Phil Spector.

Prosecutors have stayed awake nights figuring ways to bring in anything and everything that can to make up for what they don’t have, evidence that Phil Spector killed Lana Clarkson.
Posted by Paul Huebl Crimefile News at 5/23/2007 11:51:00 AM

Anyway they shake it, my bet is that that sick-o bastard is going down! If it's sex Spector wanted from Lana Clarkson, sex he will get in the form and in the joint from a big, burly Afro-American who will fix Phil's real-end plumbing for him once and for all so that he will NEVER want sex again. And you know what? I can't wait to see them cart his insane ass off to prison where we store all our garbage. How anyone with even a tiny morsel of cop in them can dare to think that spector is not guilty is beyond me. You know he did it. come clean now. Regardless, I love your blog !

Hey Paul,
I know this isn't news in Hollywood or Kalifornia, but have you heard of the missing mom from Plainfield, Illinois? Here's a link:
http://www.nbc5.com/news/13259815/detail.html
I say the husband killed her and disposed of her body. They were going thru a divorce at the time, and she served him with papers trying to evict him from the house they lived in with their two small kids.

It was Spector, in the drawing room, with the gun, at midnight. Rot in hell you filthy bastard!!!!

Paul a good read. I have it on audio.

Famous author John Grisham has released his newest best seller "The Innocent Man". What's interesting, is it's his first nonfiction book. It is based on the true story of a very controversial arrest and prosecution in Ada, Oklahoma. Which led to a wrongful conviction.