Spector Trial Is Theater Of The Absurd 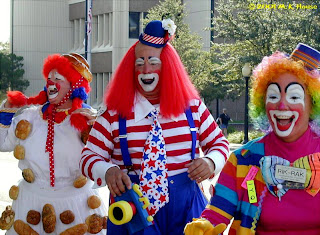 Prosecutor Alan Jackson’s opening statement was a redundant litany of Spector’s 67 years of failed relationships with women. Ancient accusations of gunplay were hammered over, over and over again to taint the jury. Are these incidents even relevant? Perhaps if these claims were more recent than decades ago and they resulted in successful prosecutions that would be admissible evidence. The fact is these events did not rise to the level of prosecution when they happened, if they happened. Judge Larry Paul Fidler is way off base by allowing this garbage to pollute the fact-finding process.

Perhaps more relevant to this inquiry are accounts of the alcohol Spector may have consumed. That’s really the only offering of tangible information about the event made by Jackson. Jackson claimed the excited remark attributed to Spector by limo driver Adriano DeSouza. DeSouza has less that a sufficient command of the English language placing anything he claims to have heard in serious doubt.

Spector seems so alone, nervous and frightened as he listens to the prosecutor's fifth-hand accounts of these stories. You could clearly see Spector wince and shake his head no as Jackson droned on trashing his reputation. Spector knows full well that he is on the wrong end of Fiddler’s flawed ruling. This as the prosecutor administers the poison to the jury which is intended to deprive Spector of his right to a fair trial. My first impression is that this is going to be trial of celebrity gossip.

Alan Jackson pulled a slick maneuver to keep out the helpful tape recorded statements made by Spector to police. It remains to be seen if legal doors open to allow the tapes to be played.

Defense lawyer Burce Cutler was a real bull in the china shop as he had a way to let argument creep into his opening statement, which wont finish until tomorrow. I suspect Judge Fidler plans on taking Cutler to the woodshed first thing in the morning. I will be amazed if Cutler can avoid being held in contempt of court before this is over. I can only say RAH! RAH to Cutler!

WHY DOES PHIL SPECTOR NEED JOHN GOTTI'S OLD LAWYER TO DEFEND HIM? BECAUSE HE KNOWS HE KILLED THAT POOR WOMAN & THAT HE'S GUILTY AS HELL! THAT'S WHY. ONE LOOK AT SPECTOR AND AT ONCE YOU KNOW HE'S A HEAD CASE - WHAT'S WITH THE "AUNT BEE" HAIR DO? OR IS THAT THE 90'S ANN JILLIAN PAGE BOY LOOK? EITHER WAY ONE CAN SEE THIS FREAK IS A FREAK. THE DEAD GIRLS PURSE WAS STILL ON HER SHOULDER WHEN THEY FOUND HER BODY WITH THE DEADLY GUN SHOT WOUND IN HER MOUTH. LOOKS LIKE THE GIRL WAS ON HER WAY OUT OF PHIL'S CASA AFTER SHE LEARNED EXACTLY WHAT IS WAS THAT PHIL CALLED "SEX"...ADIOS PHIL BABY, MAY YOUR GUILTY ASS BURN IN HELL! THIS NOTE FROM A FATHER..

The Chicago Reader article about the accidental shooting death at the 95th Red Line station by Officer Alvin Weems definitely casts us in a negative light, but does bring to light the immense disparity in punishment handed down on CR# investigations.

I encourage everyone to read it in its entirety and absorb what occurred. Weems was found guilty of ten rule violations including rule 14 and caused the death of someone yet he only gets a 30 suspension and then gets promoted twice????

What the hell is that? How many coppers have been fired for nothing comparatively speaking? How many take huge suspension time on baseless bullshit beefs? Where was the due process for Captain Buslik?

SCC, please do a post on the imposition and fairness of the disciplinary process on CPD. Let all coppers post the truth on the corrupt system and how they bury beefs if you are politically heavy. Those without clout get fired or take incredible suspension time. This is nothing new, Weems is one of literally hundreds of coppers with pull who have gotten away with a slap on the hand.

Where is the FOP on this issue? Fair is Fair, discipline should not be arbitrarily and capriciously handed out.