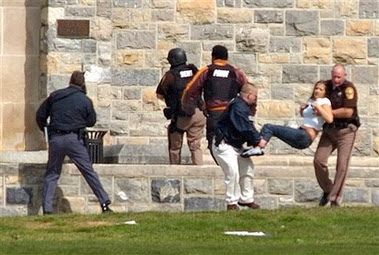 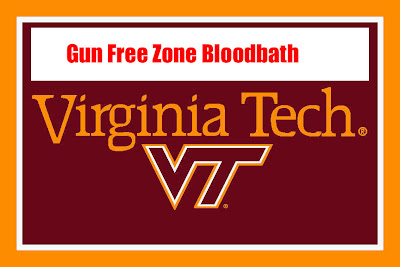 The numbers keep rising of the dead and injured. This story will unfold as always that a flake or felon went on a killing spree. So far about 50 innocent people were shot by the gunman.

The real question I have is could this mutant been stopped by an armed citizen early in this bloodbath? Sadly the answer is yes.

There was the University of Texas Clock Tower incident in Austin with Charles Whitman in 1966. Soon Whitman was being shot at by many Texas, Bubbas with high-powered hunting rifles. The armed Texas Bubbas saved lives by keeping Whitman down in defensive mode. Oh yes, Whitman was shot and killed by an armed civilian hero, Alan Crumb who was with the young, hero Austin Cop I met last year named Ramiro Martinez. Armed civilians saved the day in Austin.

Basic premise: The City of Chicago cannot properly react to a mass shooting.


Right on. Universities ban students from carrying guns on campus or in private dorm rooms. Imagine some students who are legal adults had the right to have a gun to protect themselves while the shooting started. In the end, policy dictated that these people didn't have a chance.

If a simular incident happened at Loyola or U of C. The responding CPD officers would be outgunned. The recipe: no shotguns in cars or MP5s in the trunk the city has only this conclusion: more students would continued to be slaughtered. I also imagine CPD officers not able to sit and wait for a gunteam or shotguns to arrive from a district. Then to jump into the fire and take action with only a 9mm handgun. I have a feeling not one Chicago area reporter will address the lack of firepower to city hall. But again I guess this horrible incident must happen at DePaul first, then lawsuits blaming the city for ill equiping thier officers to be trained or carry the firepower needed to react to a mass shooting.

From what I've heard, the classroom shooting happened in a class where the shooter was able to shoot EVERY SINGLE PERSON in a German class. The only survivors were those wounded who barricaded the door AFTER the shooter thought everyone was dead and left. And the shooter chained the doors to the building.

Below is the text of an article being passed around out here from last year...


1/31/06 Roanoke Times-note 4th and 9th paragraphs, bolding added.
A bill that would have given college students and employees the right to carry handguns on campus died with nary a shot being fired in the General Assembly.
House Bill 1572 didn't get through the House Committee on Militia, Police and Public Safety. It died Monday in the subcommittee stage, the first of several hurdles bills must overcome before becoming laws.
The bill was proposed by Del. Todd Gilbert, R-Shenandoah County, on behalf of the Virginia Citizens Defense League. Gilbert was unavailable Monday and spokesman Gary Frink would not comment on the bill's defeat other than to say the issue was dead for this General Assembly session.
Virginia Tech spokesman Larry Hincker was happy to hear the bill was defeated. "I'm sure the university community is appreciative of the General Assembly's actions because this will help parents, students, faculty and visitors feel safe on our campus."
Del. Dave Nutter, R-Christiansburg, would not comment Monday because he was not part of the subcommittee that discussed the bill.
Most universities in Virginia require students and employees, other than police, to check their guns with police or campus security upon entering campus. The legislation was designed to prohibit public universities from making "rules or regulations limiting or abridging the ability of a student who possesses a valid concealed handgun permit ... from lawfully carrying a concealed handgun."
The legislation allowed for exceptions for participants in athletic events, storage of guns in residence halls and military training programs.
Last spring a Virginia Tech student was disciplined for bringing a handgun to class, despite having a concealed handgun permit. Some gun owners questioned the university's authority, while the Virginia Association of Chiefs of Police came out against the presence of guns on campus.
In June, Tech's governing board approved a violence prevention policy reiterating its ban on students or employees carrying guns and prohibiting visitors from bringing them into campus facilities.

Basically, in literally the land of the NRA, where gun rights are a given, a few isolated places (parks and schools) have tried to create gun-free zones. So in 2006 a proposal to guarantee a right to concealed carry in state Universities was buried. Note the quote from the Virginia Tech spokesman.

Anyway, in a perfect world without guns, it would perhaps make sense to have a gun ban. But in a state where guns are in 40% or more of the homes and available to basically anyone who wants one, its absolutely INSANE to hope to to create a little gun-free island.

In this case, a better armed police department would not have mattered. These SWAT guys were already on campus searching for the original shooter from the first incident.

Nope. The only answer for this is concealed carry, and you better believe there is gonna be hell to pay tomorrow when the University President and state politicians have to explain this particular disaster.

Sorry for the length Paul!

Hello Paul,
I imagine that as a gun advocate you are understandably shaken by this incident and the possible fallout it will have for gun legislation. While it will be some time before we know the full details of how this young man acquired the weapons he used to kill all these people, it appears from the latest news that he purchased them legally in a state that allows extra capacity ammo clips.

As a professor at a major university, I have to respectfully disagree with your call to allow students to carry guns to campus. I work with students just like those at VT, and I can honestly say that I would not feel any safer if they were armed. Although there is a lot I admire about my students, they can be very impulsive and reckless. Just look at the carnage they cause with their automobiles and trucks. They can also be careless, leaving their prize possessions (IPods, cell phones, laptops, cameras) laying around. As someone who works in this environment, I would rather live with the minimal risk of being shot by a lunatic on a rampage than the greater risk of being accidentally shot while standing in front of a room of young people who are storing or carrying loaded guns carelessly.

Also, what is this about superior firepower being the only solution to school shooters? Does this mean that a person who cannot afford high performance weapons should be less safe? On a professor's salary, I could easily be outgunned by one of my students, especially those with wealthy parents. What you are proposing would extend socio-economic discrepancies into the realm of personal safety, and create a new underclass of people who are more vulnerable in public. If, as you conjecture, less gun control will result in less gun violence then why do countries with more gun control have less gun violence?

I am not part of the anti-gun movement. I used to work in law enforcement, own several guns, and am a member of my local gun club. Yesterday's shooting was a horrible tragedy, but the fact remains that I have a far greater chance of being killed by one of my students behind the wheel than behind the trigger. I can live with those odds.