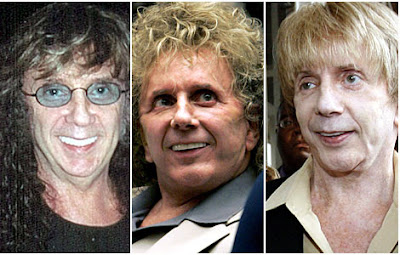 As the jury selection is nearing completion the big buzz is about a person selected that lists his occupation as a high profile TV news producer. Apparently this journalist’s duties caused him to gather information about the Spector case. The defense has not run scared and allowed the journalist to stay and judge Spector. The defense is obviously totally convinced the facts and evidence will clear the legendary record producer of charges he murdered the beautiful Lana Clarkson.

Many legal experts say this is risky for the defense, kind of like seating a cop on the jury. I suggest that a journalist will be more inclined to deal with the facts and not guess his way to a verdict.

All along I’ve said the facts and evidence are on Spector’s side. The same cannot be said for thirty-year old allegations made by people who had failed relationships with Spector. Judge Larry Fidler has allowed ancient accusations that were not deemed worthy of a court intervention back then to be tried in his courtroom today in order to sway the jury on the current matter being examined.

In the end we will find that this prosecution was a giant waste of taxpayer’s money and that Spector was outrageously victimized by the system. My safe bet is that Spector will walk free and live out the remainder of his life, watching strangers pointing their fingers at him wherever he goes. Our world is far from a perfect one.