The Visitors Are Coming! 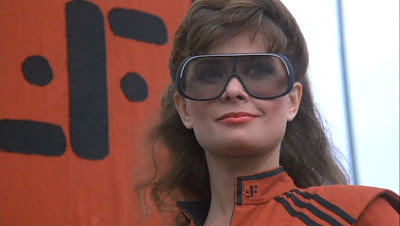 The early 1980s brought us a remarkable TV series called, V. It was about a group of helpful aliens self described as the visitors from another world. They looked human enough like their leader, Diana, played by Jane Badler, a striking beauty much too gorgeous to be of our own planet.

The visitors had a dreadful agenda and the truth was that they were nothing more than costumed lizards that dined on such delicacies as live mice. The heroes were earthlings that resisted and fought the visitors. Even more hateful than the visitors were the earthling turncoats that aided the visitors with propaganda.

Our very own turncoat leaders have done the same thing with the Chinese Communists exporting both our technology and wealth to these Red Devils. The Chinese have remained quiet while we've engaged in our adventures with North Korea, Iraq, and Iran. As we dig deeper into this quagmire and deplete our defense capabilities don’t expect these one-world Bolsheviks to miss an opportunity to dominate us and help themselves to our assets.

The Party of moveon.org and the new Democrats are nothing more than traitors busy facilitating Communist control. My advice? Learn Chinese and be a good Communist or meet the fate of the lady below. 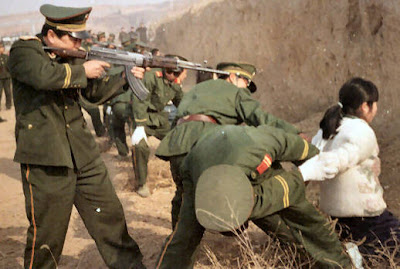 CPD Dic says:
Not to take away from the point of your article BUT:
Rowdy Randy Piper(wrestler) was on that show. It was great. It reminded me of a series from the '60's called "The INVADERS". like to see both again some time.

CPD Dic says:
Also, I enjoyed it however, the comparisons to the "NAZI SS" was blatant and juvenile. However, I still watched it.

Paul,
If you enjoy this show you should take a gander at a radio program called Coast to Coast AM. They address some very interesting topics that the conventional media won't touch. Paul Nory and Art Bell are the radio hosts and they do an excellent job. Google their website and take a look at past guest and topics.

The Party of moveon.org and the new Democrats are nothing more than traitors busy facilitating Communist control.
Really? Wasn't it Nixon who went to China? Isn't it the Repubs who like all of the cheap imports made by slave labor?