Over The Top Gun Rights Hatred In LA-LA Land 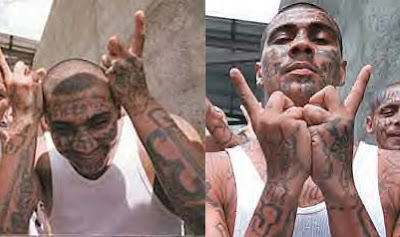 They’re at it again in California. They want to saddle retailers and manufacturers of firearms and ammunition with enough meaningless aggravation and red tape to put them out of business.

Under the phony banner of going after street gangs they’re really going after people’s rights to lawful self-defense along with the sports-shooters and hunters. More importantly they are engaged in combat for the total ban of firearms and ammunition in their incremental campaign.

The expensive, onerous and in ineffective ammunition micro-stamping bill is back. That’s where every handgun stamps shell casings with the gun’s serial number. It sounds great until the criminals kill people and throw shell casings around they picked up elsewhere like the gun range where you practice. Of course the people in possession of those crime guns can easily grind off the micro-stamping striker altogether. Of course we’ve learned that crime guns are rarely lawfully purchased, almost never registered and are stolen.

The misdirected mayor said suspected gang members were responsible for 70% of the shootings last year in his city. What the mayor forgot to mention is that illegal aliens, who have zero gun-rights, commit 70% of the gun crimes in Los Angeles. That the same immigration laws our bureaucrats refuse to enforce mandating the deportation of these aliens.

The huge cost connected to this micro-stamping folly and the required government bureaucracy is much better spent on illegal immigration enforcement where we could reduce the excessive amount of poverty, drugs and crime exported here by Mexico. That would eliminate violent crime and its tragedy much more effectively.
Posted by Paul Huebl Crimefile News at 2/16/2007 07:00:00 AM

Crime guns?? Here's a crime gun for you.....TRO against a husband.
He stops to see kids, wife calls 911. No problem, she calls just to bust his balls. He has a rifle and two pistols in trunk, they are confiscated. Dad appears in court and hears that firearms are confiscated as crime guns. Additionaly, holsters and belts are also forfeited per judge.
Muy pelegroso the leather products!

Agreed. If the U.S. would secure the U.S./Mexico border, we would most likely see a significant drop in crime and gang violence.