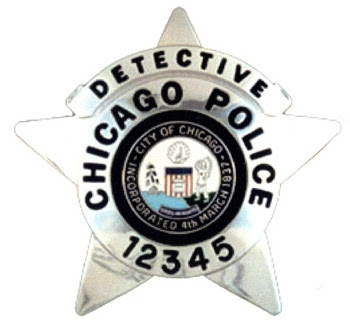 My Friends at Second City Cop and Chicago’s homicide detectives have their own theories as to why homicide clearance rates are lower than ever. They blame the trend to observe the rights suspects have under our Constitution and some new department policies that end guesswork about suspect’s confessions or statements made to police.

I think I have the real answer and my copper friends won’t like it. In days gone by nearly 85% of all homicides were cleared by arrest. Some people love to confess just because it makes them feel important. That happened with that weirdo, John Mark Karr who confessed to killing little Jonbenet Ramsey. He was cleared not by old methods but by the latest scientific evidence, such as DNA and fresh data technology.

The cops have many more modern tools to solve crimes today and get to the truth. Along with DNA are the investigative tools of data tracking and video surveillance. These tools provide solid alibis for the innocent and damning evidence for the guilty. Suspects are protected from the least reliable evidence, eyewitnesses that will identify anyone the cops bring forward as the perpetrator.

The real reason that the clearance rate is plummeting is that cops are getting much better at homicide investigation and using the new tools. Today it’s much easier to clear the innocent suspects with modern methods despite confessions. I don’t think that’s so bad after all. Chicago cops are doing a great job and should be proud.

Email ThisBlogThis!Share to TwitterShare to FacebookShare to Pinterest
Labels: Crime

Paul,
The Chicago Police Department is sadly in decadence and nearly utterly destroyed.

The current adminstration under Supt. Phil Cline has bloated nepotism,cronyism,corruption,incompetency,micromanagement,meritocracy,patronage,political correctness,politics gone wildly astray and every other conceivable abuse of power to the point of no return. Morale is at at all time low throughout the department and you now have kids with ten years on hanging it up and leaving for greener pastures.

Cline's incessant ego and obsession with power have turned the assylum upside down. One wonders what it will take and if it is even possible to redeem such a traditionally proud and worthy instituion.

Get on the horn and listen to what is happening on your once beloved department. You should hear the rumors that are swelling about the off-duty patrolman who was tragically murdered last week. It is literally unbelievable and I hope not true.

The detective division of the Chicago Police Department is dying a slow lingering death. Just look at the last eight or so chiefs of the D unit. Not one a seasoned homicide investigator! What gives them the right to run a homicide investigation?

I like airplanes, and I like to fly, does that put me in line to be the next CEO of Boeing?

Put someone with some experience solving a real murder in charge, lets see the clearance rate increase.