Burglars And First Responders Alike Will Love This Gizmo! 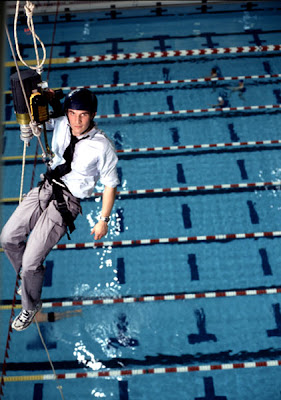 Technology has recently brought new adventures to every second story man in the world. Thanks to Nathan Ball, a 23-year-old MIT graduate student, lives will be saved and fortunes plundered because of this new invention.

It’s called the Atlas Rope Ascender and it will quickly and quietly bring you and your equipment up the sides of buildings, dams, cliffs or castles at the speed of Spiderman. (Actually you will ascend at the rate ten feet per second)

The device can pull a firefighter, other emergency worker or legendary Chicago burglar, Joseph "Pops" Panczko weighed down with gear up a 30-story building in about 30 seconds. The invention won Ball the $30,000 Lemelson-MIT prize for his student invention.

Pulleys on the Atlas hoist the person up the rope. The grip of the rope also increases as more rope is wound around a cylinder in the apparatus. Ball has already created a company that will sell these devices to eager customers. The takers are sure to be government agencies, movie studios and of course enterprising burglars.