More Fallout on the Hiding Homicides Story In Chicago 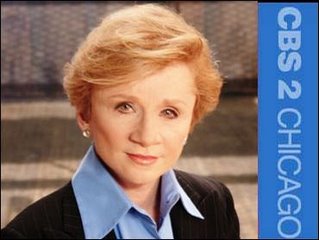 A copper friend of mine recently made a telling statement about WBBM-TV’s Top Gun Investigative Reporter, Pam Zekman. “She’s like the ACLU, you hate her until you need her”, said an old North Side, now Area 3 robbery dick.

Zekman caught up with Chicago Police Superintendent, Phil Cline and Mayor Daley. I never saw Cline run so fast as he did with Zekman chasing him and biting at his chubby ankles. The exchange was one of the more memorable moments for me in television news history. Zekman laid her evidence right before Daley and Clines’s blinking eyes. What could they possibly say now?

Sit back and watch but don’t have any food or drinks around because they may well wind up on the floor!

NICE! Cline looks very, uh, like a deer caught in headlights! Thanx for the laughs