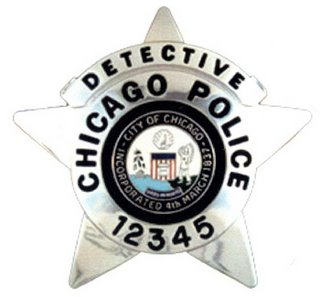 The Chicago Police Department only turned over to WBBM-TV a handful of the 80 plus cases where the Medical Examiner’s records disputed the department’s conclusions. Perhaps a Federal Grand Jury should investigate the records that the department refused to turn over. Covering up murders if that's true are as bad as it could get. The potential implications here are beyond horrendous.

Mayor Daley has used the apparently fraudulent homicide records for political gain and to showcase Chicago’s gun ban as a successful crime-fighting tool. It’s no secret that the department has been killing crime though reporting chicanery for nearly as long as the FBI’s Uniform Crime Reporting program has been in existence.

Watching Mike Chasen suggesting that the medical judgment of cops is superior to the forensic pathologists at the medical examiner has to be a joke.

I think its time to end this outrageous charade and come clean with proper crime reporting. There has to come a time when the FBI will no longer accept the statistics offered by the department that Chicago’s politicians want to have instead of the truth.

(A side note here: I think Mike Chassen’s sound bites would even get a big laugh out of Mike’s father, Milt Chasen who was a career Cook County Sheriff’s policemen. I could not keep count of how many times Milt would shamelessly brag about his son Mike throughout his entire career. Mike Chasen was truly blessed to have a class act like Milt as his father.)

Here is a link to the WBBM-TV story

I agree with the WBBM-TV anchor on the news show who said that "this is just stunning." Thanks for putting this up.

what a crazy story, is this really true?