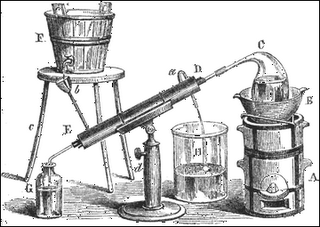 We got by in this country with virtually no gun laws for nearly two hundred years. I say that gun laws don’t make any difference in violence or crime.

Let’s take a one-month period of time where we suspend every gun law. I’m convinced that there would be no abnormal rise in violent crime because gun laws only impact the law abiding.

Does that sound absurd to anyone? If you think I’m wrong just look at the State of Vermont where there are no state or local gun laws. If gun laws really impact anyone or anything Vermont would be the most violent state in America. They have a low crime rate despite no laws controlling firearms. Think about it!
Posted by Paul Huebl Crimefile News at 10/16/2006 01:26:00 PM

I dont feel good about even one single law on our books nor one dollar of taxes collected.

Ah yes but you neglect to take into account the demographics of Vermont when you cite their low crime rate. Could it be that race or ethnic background have something to do with their respect for the law?

Are you suggesting that minorities, not guns are the problem? Minotity control instead of gun control will not be a politically correct solution!

If you did such an experiment no change would actually happen. To have an effective experiment you would have to have to for at least one year.

To have no gun laws would enable civilians to acquire M249 SAWs and B240 machineguns, as well as fully automatic assault rifles.

Allowing gun manufacturers to be able to produce products for civilians, we now then would see if crime rates and the "stray bullet" killings would increase.

Well you said every law is done away with so stick with it in your experiment.

Until thr 1934 National Firearm Act, machineguns, gernades and silencers were legal in America. They were outlawed when outlaws in the alcohol business were killing each other.

The killing stopped because Prohibition ended, not the National Firearms Act.

Now we are in that unwinable 40 year Drug War. Ahgain its not the guns its just another Prohibition.

I say again that the expreiment would have to be at least for one year to measure effectiveness.

Actually I do find it funny that gun control laws became more popular with the advent of telelvision and movies.

If a gun ban happenned in the US. The result would be a prohibition like existance for many with even less popularity. Many law-abiding citizens will hide their guns.

Which is proabably what we will have to do when the cook county or a state assault weapons comes into effect.