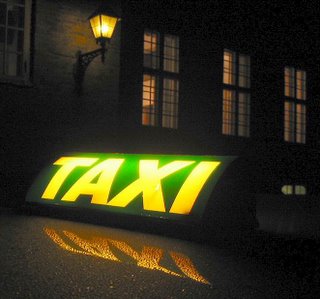 52 year-old taxi driver, Alexander Terminassian just woke up at the end of a year-long nightmare. This all began when a drunken illegal alien assaulted Terminassian nearly a year ago in Hollywood. Terminassian fearing for his life used a Kahr 9MM to end the vicious assault, shooting his attacker in the abdomen. The attacker survived and Terminassian was jailed despite strong evidence that he was the victim of the crime.

The case finally worked its way through the system and after a week long trial a jury acquitted Terminassian of all charges this past Friday. Is this the end of this story? Not by a long shot. Terminassian spent a horrible amount of time in the L.A. County jail where he was held because he was unable to post the ridiculously outrageous bail that was demanded.

Before his arrest, Terminassian had to drive a taxi and worked two additional jobs in order to support his family. The ability for Terminassian’s wife to pay the rent, medical costs and other expenses ended while her husband was suffering in jail for using lawful self-defense.

Will Terminassian be able to collect his damages from anyone? I don’t see how. He could sue and get a whopping judgment against the criminal alien that attacked him but collecting that judgment will never happen.

Terminassian was clearly victimized twice, once by a criminal and once more by a flawed criminal justice system.

We were outraged by this story and linked to it and the earlier post with our comments here at SammyTaylor.net. We found you via John Lott, and it looks like you have a lot of good stuff here.

Terminassian should be compensated for all his out of pocket costs by the L.A. prosecutors that filed that shit-bag case.

I guess the people of L.A. County need to shut-up and submit to every criminal or face a ruined life.

It is amazing and even beguiling given general opinions here in Los Angeles that both comments here were filled with sympathy and understanding. After being acquitted I unsuccessfully tried to sue the "authorities", to no avail....