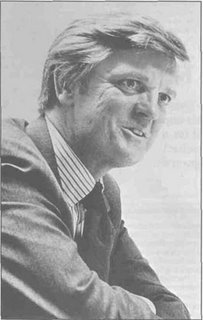 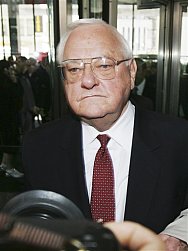 I don’t know how Chicago’s Mayors never get sent to Club Fed. I’ve been hearing juicy rumors for four years that Richard M. Daley may get a vacation there soon but who knows for sure.

As for the Governors of Illinois, I’ve seen three get sentenced to the club.

Otto Kerner, who had a brilliant military career, served on important Presidential Commissions, was elected Governor, and resigned to accept a seat as a Judge on the United States Court of Appeals. Kerner fell from Judgeship for corruption as Governor right into a prison cell. Kerner died a defeated man in 1976. I met Kerner’s beautiful daughter and her brother just after the old man died. These fine kids suffered tremendously as a result of Judge Kerner’s crimes.

Dan Walker, a political gadfly, and lawyer worked for Chicago’s Montgomery Wards. Walker won the Governor’s office as a Maverick, Left Wing Democrat after he walked the entire state in an unusual campaign. Walker after leaving office got caught with his hands in the cookie jar. He was indicted on a Bank Fraud and Perjury beef. Soon, Walker did the “perp walk” to the Federal Courthouse and then walked into his prison cell.

Now Governor George Ryan has joined this club with a six and one half year stretch he may be unable to survive at age 70.

For George Ryan he was sparred from being taken into custody and hauled away. Often in federal matters the judges order the hapless jailbird to report on his own like a kid going off to college. Here the judge is weighing bail pending appeal. If Ryan gets that deal he can litigate and evade prison for more years than he has left on this earth. Don’t we all hope we can get that kind of break should we betray the public trust.

How many other states can claim three Governors imprisoned within three decades?

When I think of Illinois politicians I think of the former Secretary of State Paul Powell. When he died in Springfield’s St. Nicholas Hotel they found millions of dollars stuffed in shoe boxes in a closet.

I think Ryan should go NOW if not for no other reason than a message to others who think they are above the law because they are pols, have done "ggod things", etc..

His wife is ill?... Let their kids take care of her. He's ill? Tough shit! "Liberty and justice for ALL"

If he was Jack Ryan, a construction worker or small business owner, he probably wouldn't have even gotten a bond. George needs to be a reminder that no matter how old, how sad your sob story.....you get convicted & you are doing time. PERIOD!!!! Maybe, just maybe it will make these other criminal/politicians think twice.

Hey pallmeyer, send him to the klink. He earned it!