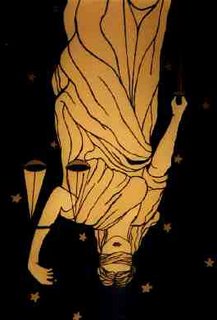 I’ve never suggested or offered anyone as a suspect for killing Jonbenet Ramsey. It’s routine in such cases to look close to the victim for a killer. The sad truth is too often we humans kill the ones we love much more often than strangers.

One or both of Jonbenet’s parents were or are the usual suspects absent evidence of a killer from outside the home. There’s just no probable cause to implicate anyone. The fact is people get away with despicable crimes everyday. Cops are not clairvoyant and too often make mistakes that lead to false convictions and or simply miss clues.

The latest Ramsey blunder is just too bizarre for my better senses. This gadfly pedophile John Karr is getting his 15 minutes he thinks will help sell his Jonbenet book as he manipulates the criminal justice system with his sick hoax.

I could easily visit L.A Superior Court in the morning and get TV news pool video for my blog. This court proceeding will shed no light on anything and is a waste of time for the media to cover.

I could also cover the press conference that is sure to be held by Karr’s unpaid former lawyers from his kiddieporn case seeking self-promotion, but they won’t be offering anything more than to proclaim Karr’s innocence. Extradition to Colorado is going to happen as this circus soon travels to Boulder.

Forgive me but rather than to fight L.A.’s legendary rush hour traffic, I’m going to sleep in tomorrow rather than face the crush of reporters reminiscent of O.J. Simpson’s first appearance in Court. Trust me I told you what tomorrow’s news was today.
Posted by Paul Huebl Crimefile News at 8/21/2006 09:08:00 PM