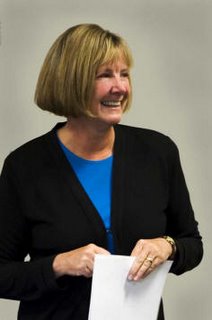 Okay, I told you so! Read my story of August 17th and look at the time of day I posted my predictions. This arrest of John Mark Karr was indeed an exercise in wasting time and tax money. I called this Mary Lacy’s Waterloo suggesting this might end her political career.

Over the decades I’ve had my battles with prosecutors. As a cop I would bemoan a refusal to prosecute a case as laziness or corruption. As a criminal defense investigator I nearly came to blows with prosecutors more than once over what I considered a political or malicious prosecution. Prosecutors are always in the hot seat because, right or wrong somebody is always mad at them.

There are also rogue and despicable prosecutors like Kenneth Jack Peasley of Tucson, Arizona. Peasley was disbarred for knowingly putting perjured testimony before a jury on a death penalty case. Peasley should have been prosecuted and imprisoned in addition to being disbarred.

Mary Lacy jumped the gun in her zeal to deal with a pedophile that confessed to killing Jonbenet Ramsey. On the 17th Lacy told the world she had not yet investigated her case but that there were exigent circumstances that caused her to drag Karr to Boulder. I can’t help but believe that she believed that Karr had victimized children in other U.S. jurisdictions and somebody would want to prosecute Karr if the Ramsey case was not solved.

Lacy had probable cause to instigate the arrest however minimal it was. As long as there is no evidence that the arrest was made to get Lacy, a politician her place in the spotlight, I will support her decision to haul the very creepy John Mark Karr before a judge.

It may be no small benefit that Karr is now known to millions of American parents and children alike. I don’t think many people will be entrusting Karr with their children.
Posted by Paul Huebl Crimefile News at 8/30/2006 08:04:00 PM

Like Jay Leno said the other night. If you need transportation to Boulder,Co. Just confess to a Crime and Mary will see to it that your sent there 1st class. What a retard !