The Old Bolshevik Is Really Dead… 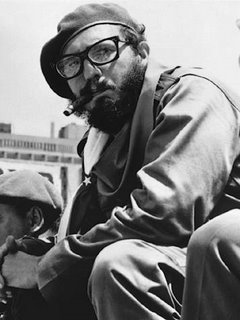 His reign of absolute power over the island nation of Cuba has ended. Castro’s cronies want to hang on in their world where the dictator’s incumbency is guaranteed by raw power and support from other Communist nations and too many Communist leaning American politicians.

It was our own Leftist politicians that provided protection for the Castro regime by making laws that prohibit the Cuban ex-patriots from assisting in the overthrow of that despot. The laws created to prevent the American government from killing foreign tyrants were the brainchild of Castro’s Communist allies who are or were members of the United States Congress.

Three weeks ago a Cuban friend alerted me that short wave radio traffic suggested that Castro had died. Apparently that has been a popular and persistent rumor.

This time the radio traffic was different. It was based on sighting of crying women and solemn government bureaucrats in and around Castro’s residence. My friend is not sure that Castro was even still alive to undergo the reported surgery last week.

The Cuban government’s silence today is deafening as the Bolshevik bastards called up their reserves and went into high military alert to deal with an anticipated insurrection led by Cuban folks wanting an end to that hideous form of government and the leftovers of the current regime.
Posted by Paul Huebl Crimefile News at 8/05/2006 09:51:00 PM