Monster Sniper Does Not Fit The Profile Of A Serial Killer 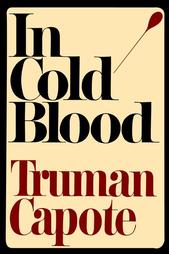 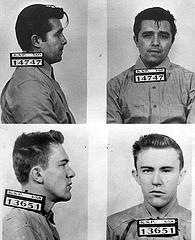 The art of behavioral science is a lot older that that popular Thomas Harris book and later film, Silence Of The Lambs. That of course is the concept of building profiles of the kind of suspect that would be responsible for a crime. Scientists have been trying to learn about what makes killers and criminals. The theories are numerous but the real facts are elusive. However, the fruits of modern police profiling efforts have resulted in stopping many serial killers in their tracks.

Killers responsible for the types of crimes such as stalking and shooting strangers bring to mind certain traits and demographics that become a common denominator or profile to help cops. These Phoenix sniper suspects, Dale Hausner and Samuel Dieteman don’t really fit the mold. Especially when examining Hausner’s background. Hausner is way too social and involved in too many productive activities unlike most serial killers.

I’m drawn to the concept that Truman Capote outlined in his book, IN COLD BLOOD. In that tale of woe, experts believed that the two killers alone could not be capable of their horrible crime. But when the two different personalities were combined that mixture created a third very volatile and monstrous result.

Somewhere in all this hocus-pocus, six innocent people were murdered and scores were wounded or otherwise traumatized by these crimes. If the law enforcement officials are right in their assertions that Hauser and Dieteman are the killers. It’s clear that the pair somehow became addicted to hunting their fellow human beings for sport. Apparently we all live in a very dark world.

Will we ever be able to find, isolate and manage the crime gene that can control the human mind? The fact is nobody will really care to learn from this duo but will instead put them both on the fast track to getting lethal injections at the Florence Arizona Prison Death House.
Posted by Paul Huebl Crimefile News at 8/05/2006 11:15:00 AM

Isn't it the norm that serial killers operate alone? With the exeption of the Manson family, in the Tate-LaBianca murders. (If that indeed qualified as a 'serial'). I can't think of another serial that involved more than one perp.

This guy Hausner is does not fit this mold at all. The cops must have it all wrong. Remember the Temple Murder Case in the 1990s? The cops had it all wrong there and it cost taxpayers millions of dollars...