Liquid Bombs You And The TSA 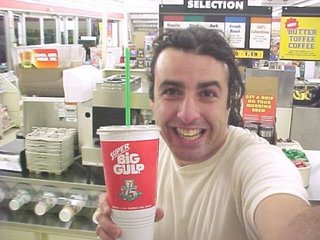 Nearly the entire TSA airline security program in nothing more than smoke and mirrors designed more to provide passengers with a false sense of security. The American public has been fooled into believing that the level of inconvenience, aggravation and humiliation they’ve been required to withstand somehow guarantees their security. This is the dirty secret our government does not want anyone to know.

Liquid explosives are nothing new and were around long before airplanes were invented. The political hacks in charge of the FAA and TSA were told this and also know determined bombers cannot be stopped. There are loads of low tech ways to detonate bomb materials without cell phones, batteries and wires. The only way to control bombers is prevent all passengers, crews, baggage, and belongings from being loaded on the airplanes.

Although I’m not an explosives expert I learned a thing or two as a medical Corpsman attached to an Army Combat Engineer Battalion and also as a cop. I knew enough to know that the TSA’s bomb detection equipment could never even slow down someone that knew just what I know.

I figured several ways to defeat the TSA and bring down a commercial airplane. If I could do this certainly our enemies could too. Thankfully this also made another fact abundantly clear; that blowing up our airliners is just not that important to the terrorists.

It’s also time to demand that every trained and screened cop in America be encouraged and allowed to fly with their firearms. Let’s end the TSA’s security shell game.
Posted by Paul Huebl Crimefile News at 8/13/2006 08:44:00 AM

Paul, you're right but I think you're giving out too much validinformation here.

If the public knew the truth millions of people would never fly and this would mess up our economy.

That's it we've have had enough! Paul you have just landed on our NO FLY list!

Our agents are on the way to arrest you and confiscate your computer too.

We have some special punishment in mind for you. The olny job you will ever be able to get from now will be that of a TSA screener!

How dare you accuse our government of trying to fool us!

We know how to make you safe! Cavity searches are the way to go! Bend over!

You people are horrible. You should be helping the TSA instead of trashing them.

Giving everyone a link to liquid bomb material was really bad as you make lite of this with that Big Gulp picture, shheez!

I don't fly anymore anyway, since I am not allowed to be armed. I spent 20 years in the Marine Corps, and am a government certified weapons instructor. I also hold a NV, Utah and Florida CCW...have had BATF&E background checks for Class III weapons, yet I can't take nail clippers on a plane, let alone be trusted to be armed? No thanks, I'll drive.

I've flown once since 9/11, and agree that TSA is not the most effective nor consistent when it comes to airport security. The only time I'll trust the government with my safety is if I'm buried in a military cemetary...until then, I think I'm responsible enough to look out for myself.

I'm not sure I agree totally with your conclusions, but you sure are right about TSA's game of smoke and mirrors. I've long refused to remove my shoes at airport screening since I have a bad ankle. Just my little way of fighting the system since it's such a joke. Now I can't even carry a lipstick! How ridiculous. The airlines and the TSA ought to be paying us to fly these days, it's such a pain to fly. Does all this nonsense make me feel safer? Not one little bit. Cargo is still not screened. "Nuff said.

Paul: Your points are all excellent. The government is running scared because no one at any level wants to bail out from financial failure the airlines, the airports or the cities who need the income from air travelers for their underfunded budgets. The bottom line remains however that commercial air travel is dead meat!

The future for business travel is corporate plane-pooling and for the private individual it's called the automobile and in some cases Amtrak or Greyhound. As for overseas travel; either book a ride on a merchant freighter or take your chances because no one can insure anyone's safety today without employing the same security procedures seen everyday at any SuperMax prison. Everyone will undergo a body cavity search at some point during the embarking process; some announced but most will be unannounced.

Airline stock today will soon prove to be about as valuable as Pennsylvania Railroad stock.

You know, if it wouldn't get ACLU's panties in a bunch, a lot of the screening processes could be streamlined by profiling. As a lot of comedians have pointed out since 9/11 - who was it that flew the planes into buildings? An 80 year old grandma, or a middle eastern male of a certain age range? (Oh, and by the way, for all you wanna be murderers, er, martyrs...it is 72 sturgeons, not virgins...typo in the translation, doncha know...)

If we adopted more of an Israeli approach in running the airlines, how the planes are protected and dealing with passenger safety, it would be a lot better too. Love or hate the Israeli's, their airplanes are safer than ours...