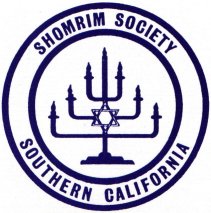 This makes the Gibson’s tantrum story much more understandable. It was Gibson’s angry reaction once he learned he was getting arrested. Nearly every cop in America has been the target of those personal, verbal attacks where the drunk driver throws every insult under the son at us. Deputy James Mee who is Jewish was on the receiving end of Gibson’s offensive rant.

Gibson was and is a big shot in Malibu and as such felt he should be immune from arrest, at least in his own mind. When Gibson was not getting out of being arrested he acted like a spoiled kid. This also explains why this arrest and the conduct was leaked to TMZ.com and published worldwide.

The four pages of Deputy Mee’s report that TMX.com published was obviously designed to make a case for the tabloids rather than the court. The other side of the coin here is that anyone who tries to offend a cop does so at their own peril. It’s fair to say Gibson got what he deserved. Usually the goofs we arrest who pull this crap have nothing to lose and nobody ever cares what they call us. This time it was very different.

Gibson's war of words was directed at one cop, not evry Jew on the planet. That does not make this right but understandable. Gibson was not simply going home but to a jail cell at least for a little while.

Gibson has taken responsibility and profusely apologized for his temper tantrum. I think that Deputy Mee also sees that his anger may have influenced his handling of this arrest. There is no winner here.
Posted by Paul Huebl Crimefile News at 8/01/2006 06:48:00 PM

perhaps mel should have to make a movie about CATHOLIC PRIESTS MOLESTING LITTLE BOYS for GENERATIONS....AND HOW MANY MORE "PRIESTOPHILES" THEY CREATED BY THEIR ACTIONS...and how the priesthood may be singlehandedly
responsible for the number of child molesters loose in our society today..... as his pennance for his
anti-semitism. call it... "THE 2000 YEAR OLD CHILD
MOLESTERS CLUB"...... a true story.............
i'd love to see it.

Oh that sounds like a good way to bring peace and understanding between Jews and Catholics...

Why not throw more gasoline on this fire?

We've all had these drunken jerks in custody do this same garbage. It comes with being drunk.

I'm guessing that had the cop been a Catholic like Gibson, the insults would have been directed at the cop's mother suggesting incest.

The insults are ALWAYS racial, sexual and vile. The threats, “I’ll get even!” and “I’ll have your badge!” fly off their tongues

IMHO, the jewish deputy messed up because Mel's defense atty. will now be able to point out that Mel was obviously treated differently, I seriously doubt he writes 4 page reports routinely. Most drunks talk shit and you are not supposed to take it personal, this dep. did. Furthermore, all that really needs to be written is that the dui arrestee was uncooperative, or verbally abusive, or swearing, etc., you don't document whole conversations.