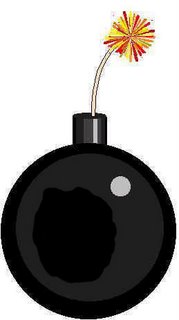 Three young Arab men were “caught” with 1000 cellular telephones, and jailed on really high bail. Their “crime” is alleged to be money laundering? Okay, just try to get a conviction on that one.

Officials have admitted they don’t really know what’s going on with the cell phone purchases but think something’s, just not right. Terrorists have been known to set off bombs with cell phones! Without the bombs this is really weak suggestion.

The only thing that makes sense here is the reselling of the phones for simple profit. If it’s obvious that the phones can be sold for more money than these guys paid for the phones then, what’s the beef? That’s commerce, and what our entire economy is all about!

Don’t get me wrong we need to watch for suspicious activities but I think watching whoever is buying fertilizer would make more sense.

I think that the Arabs living in or visiting this country are a much bigger threat than the Japanese folks were that we rounded up and put in camps during World War Two. Is that the next step here?
Posted by Paul Huebl Crimefile News at 8/13/2006 01:14:00 PM

There is excellent commentary from a very well informed source here:

Lets see, you're just trying to make a buck so you buy cheap phones for re-sale. why do you have 1000 sitting around? Why are the batteries removed from all of them and the chargers thrown in the trash? Sorry. That tells me they have other plans for the phones. A drug dealer isn't going to horde a thousand of them and take out the batteries if he's practicing 'commerce'.

Go ahead and make it a crime to do this. Anyone who is legit won't be affected and maybe, just maybe one or two johnny jihads will get busted with their hand in the cell phone jar.